Together for the Kids 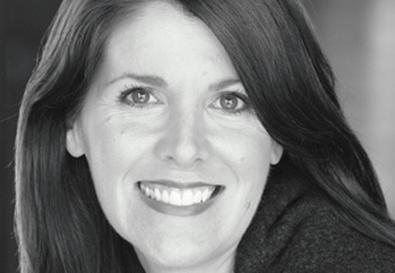 Kelly Crisp was on set with her son Toliver when she got a call from his manager. Toliver was shooting a Spike Lee–directed anti-smoking public service announcement. The boy's manager called to tell Crisp about an email he had just received from Anne Henry, co-founder of the activist group BizParentz Foundation, regarding a new set of regulations for child performers proposed by the New York State Department of Labor. Crisp, a former public prosecutor and professional mediator, returned home and found the same email waiting in her inbox. After reading the new regulations, she was appalled. A month later she founded her own advocacy organization, Child Performers Coalition, with the intent to persuade the Department of Labor to table its proposal.

Crisp is not alone in her opinion. At a Jan. 10 public hearing in New York City, she was among a host of production and labor representatives, agents, managers, and parents who took turns bashing the Labor Department for what they characterized as a bungled process that has yielded a set of regulations that endangers New York's entertainment industry and the welfare of its child performers.

The Department of Labor's proposal would amend the 2003 Child Performer Education and Trust Act, which the department is charged with enforcing. Regulations regarding health screenings, work hours, and classroom time for children would become much stricter. But opponents charge that stricter regulations do not necessarily mean better regulations. Speaking at the Jan. 10 hearing, Crisp attacked multiple points of the proposal. But the rule she decried as one "that will make New York the most dangerous place in the country for children to work" has to do with so-called "sight and sound" access.

Under Screen Actors Guild guidelines, parents are encouraged to stay within visual and audible range of their children at all times on set. The Labor Department's new rule would require that employers provide sight-and-sound access only to parents of children age 5 or younger. For children older than 5, the employer would have to appoint a "responsible adult" to shadow the child on set but could block access to parents. The chaperone would not be subject to any qualification barriers or background screenings.

"I prosecuted child sex offenders," Crisp said at the hearing. "The consequences will be devastating, and I cannot stress this enough. Pedophiles need access to children to satisfy a basic instinct, the need to have sex. Pedophiles love child performers, and now an unvetted, employer-selected 'responsible person' will have unlimited, unsupervised access to kids."

Most of the nearly dozen people who spoke at the hearing echoed Crisp's concern over the sight-and-sound provision. Melissa Patack, vice president for state government affairs at the Motion Picture Association of America, testified that the rule was "confusing" and said parents, not employers, should be responsible for appointing on-set custodians of their children.

But the sight-and-sound provision is by no means the only point of the proposal to draw criticism. Patack called for changes to ensure that rules regarding the number of hours a child can spend on set not be applied to reality programming. Speaking on behalf of the Broadway League, Nina Essman of 321 Theatrical Management also criticized hours restrictions, pointing out that in live theater, children must be at their place of work for more than 10 hours, with three to four of those hours typically devoted to tutoring and meals. New regulations would limit the maximum number of hours spent at the workplace to four for the youngest performers; only performers age 16 and older would be able to stay at the workplace for as long as 10 hours.

Among other regulations that have drawn fire are those related to health. The new rules would require parents of performers to produce a signed document from a physician every six months certifying that the child is physically fit to work. CESD Talent's Ken Slevin, president of the National Association of Talent Representatives, pointed out at the hearing that most health-insurance plans pay for only one physical per year—meaning that parents would have to carry the financial burden of extra examinations. As an example, he cited a family his agency represents that has five children, all working actors. "Several hundred dollars times five," Slevin said. "That's more than a thousand dollars. And for what?"

Later, there were audible gasps in the hearing room when one attendee asserted that health regulations concerning eating-disorder prevention would require that female performers' menstrual cycles be tracked—an assertion that no one present refuted.

A Department of Labor representative declined to comment for this article.

The Jan. 10 hearing was the second of three scheduled by the Department of Labor as part of its public-comments period. (The first was held Dec. 27 but was poorly attended due to the blizzard that struck the Northeast a day earlier, leading to a third hearing being scheduled for Jan. 31.) The comments period will end Feb. 7, after which the rules can go into effect at any time.

Should the Department of Labor table its proposal, the process would essentially start over again. Critics of the proposal are hoping for a dialogue with the department and possibly a task force, bringing together parents and members of the labor and production communities, that could make recommendations. One attendee of the Jan. 10 hearing estimated that should the current proposal be tabled, it could be as many as nine months before a new one is developed.

But whether the process begins anew or comes to a close in the next few weeks is up to the Department of Labor, not its critics. Nancy Fox, SAG's national director of government relations and policy, testified at the hearing that SAG, Actors' Equity Association, and the American Federation of Television and Radio Artists have worked together for years to promote regulations that can be made applicable in all states. Fox added that the Department of Labor's proposed regulations "will not only create greater confusion" but will also result in productions leaving New York. Crisp believes the same.