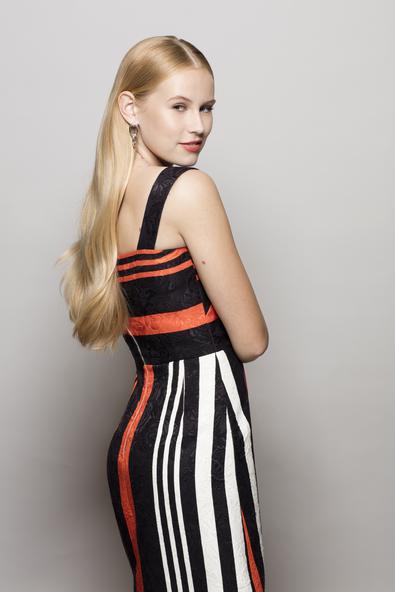 Danika Yarosh is a young starlet to keep an eye on. She talks to Backstage about making her action feature debut as Tom Cruise’s daughter in “Jack Reacher: Never Go Back.”

On her Broadway roots.
“[When I was younger,] I did some theater. I did a few Off-Broadway things here and there. I guess my first major thing was in ‘Billy Elliot’ on Broadway. I did that when I was 10. That was the most incredible experience of my life.”

On working with Tom Cruise.
“He’s the most wonderful human being that I’ve ever worked with. He took me under his wing. He was a teacher to me. On set, you usually learn a lot from observing and watching because no one ever says, ‘OK, watch. I’m going to teach you something, so pay attention.’ That’s actually what he did. He taught me everyone’s roles on set. He taught me everything about stunts and how to do my own stunts safely. Every single day, no matter what time it was, he was like a little kid going to Disneyland.”

On working on an action film.
“The most challenging thing was keeping everything fresh and finding new ways to keep things new. When you are doing action mixed with emotion it can be hard. This is my first action film, and I didn’t realize you film one scene over multiple days sometimes. You have to carry that emotion with you from the very first day to the last. You have to find ways to keep that alive.”

On avoiding stereotypical teen roles.
“A lot of the times, [teen girl characters] are only written to help other characters—the male lead. Either they need someone to rescue or something along those lines. I figured out a while ago that I kept auditioning for things like that. It wasn’t that I just kept auditioning, but every single character that’s a girl character for my age was written in the exact same way, and the story lines and the arcs are identical. It was just a little boring.”

Want to star in your own action film? Check out our film audition listings!