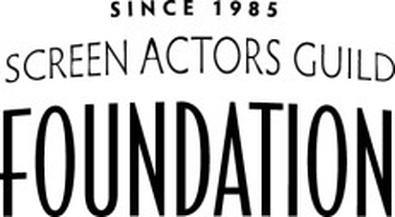 The SAG Awards holiday auction kicked off today, with bids being taken online. The auction, which benefits the Screen Actors Guild Foundation’s Children’s Literacy and Emergency Assistance programs, features a VIP package to attend the SAG Awards ceremony and gala in January and offers autographed film and television collectibles from Tom Hanks, Daniel Radcliffe, the cast of “Downton Abbey,” the cast of “Mad Men,” and more.

Also up for bid are unique gifts such as a personalized outgoing voicemail recording by Scarlett Johansson and tickets to Broadway’s "After Midnight," including a backstage meet-and-greet with Dule Hill. Bidding concludes on Dec. 15.

The money goes to the SAG Foundation's BookPALS, which puts actors into classrooms so they can read to children, and Storyline Online, which attracts over 2 million global views each month, according to a release. The auction also supports the SAG Foundation's Catastrophic Health Fund and Emergency Assistance programs for performers in need.

Here are the items up for bid:

• "Hot In Cleveland" script signed by the cast

• "Lessons in Becoming Myself" book Signed by Ellen Burstyn

• "It" book signed by Alexa Chung

• "Carrie and Me" & "One More Time" books signed by Carol Burnett

•"I Remember Me" book signed by Carl Reiner

• "I am Spartacus!" book signed by Kirk Douglas

• "I Found This Funny" book signed by Judd Apatow

• "Melissa Explains It All" book signed by Melissa Joan Hart