Tom Holland Shares the Physical Demands of Shooting 'The Impossible' 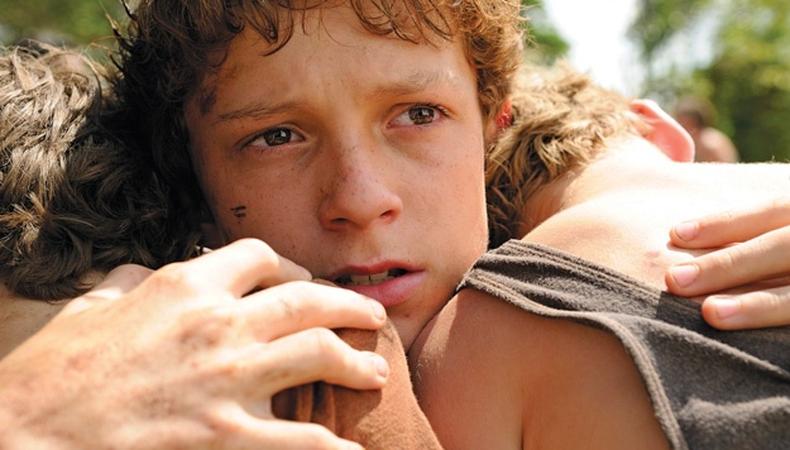 At age 16, Tom Holland has some pretty admirable admirers. “He’s extraordinary,” says Naomi Watts, who plays his mother in “The Impossible,” adding, “I saw this unbelievable talent blow me away every day, to the point where I realized I’m going to learn from him.”

Holland was 13 when he landed the role of Lucas, the eldest son of Watts and Ewan McGregor, in his first feature film. He was playing the title character in “Billy Elliot” onstage in London when his agent asked him to go on tape for director Juan Antonio Bayona, whom he affectionately calls “Jota.” Shortly thereafter, Bayona asked to meet him. “He says now that he knew from the first audition I was going to get the part,” says Holland. “But he still decided to put me through four or five auditions, which was cruel.”

Though he had a stunt double, the shoot required Holland to spend long hours immersed in water with Watts. “But it was actually great, because I was a 13-year-old boy in a water tank being thrown around,” he says with a laugh. “But it was difficult, I mean, technically and timewise. You could only get four or five shots in an hour.” Then there was the emotionally draining part: playing scenes where Lucas watches his mother cling to life. “I remember doing one grueling take 11 times in a row and just going home and collapsing that night.”

Holland will next be seen opposite Saoirse Ronan in “How I Live Now,” from director Kevin MacDonald, and is mulling over other opportunities. But at the top of his agenda is seeing Bayona’s first film, “The Orphanage,” which he admits he turned off when he first attempted to watch it at age 11. “I was terrified,” he says. “But I love Jota, so I have to make it through.”