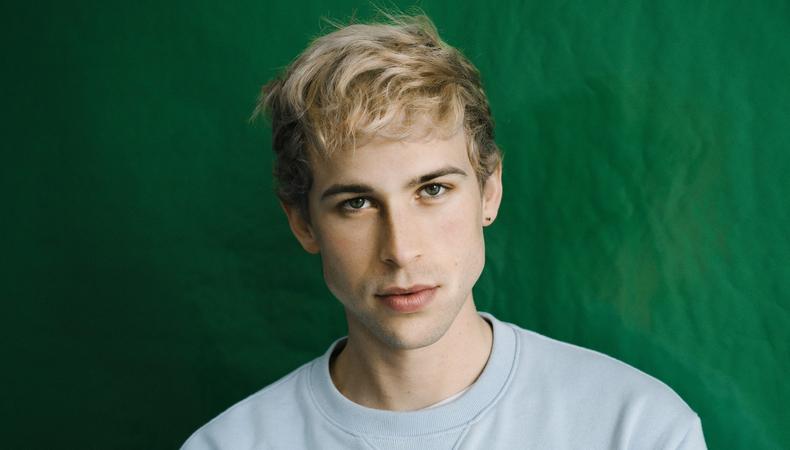 After co-starring on the first two seasons of Netflix’s “13 Reasons Why,” Tommy Dorfman is readying for what he’s called his most challenging role yet: Max in the Off-Broadway world premiere of “Daddy.” The three-act melodrama from playwright Jeremy O. Harris (“Slave Play”) also stars Alan Cumming, Charlayne Woodard, Hari Nef, and Ronald Peet, among others. It marks the New York stage debut for Dorfman, who before his Netflix breakout was a Fordham University graduate just looking for work: “I spent…a year and a half going through Backstage and other audition platforms. I didn’t really have agents, I didn’t have a manager, and I found myself working on ‘13 Reasons Why’ in a weird turn of events.” Below, Dorfman, who’ll next be seen on “Jane The Virgin” and “American Princess,” breaks down what he’s learned in the years since.

Theater demands more for its creative payoff.
“That’s the best thing about theater: As an actor, your thoughts matter, your creativity is valued in a different way. Not to say it isn’t in television and film, but in this kind of space it is so collaborative and we’re building this new play from the ground up. But it does ask more of you and challenges you to go inside more and on a molecular level, really flesh out who this person is and why they’re here.”

Focus on the task at hand and avoid burning out.
“One of the biggest lessons I’ve learned postcollege in my first few years of working professionally is maximizing my work efforts and not doing more than I need to in certain things, and definitely not doing less. I have a tendency to overwork.”

Take yourself and your roles at more than just face value.
“Don’t let breakdowns limit you if you see something on Backstage and you don’t have an agent—or you do and you’re collaborating with them and you’re a go-getter in that sense—if something seems like it’s the right age and like a possible fit for you. I try to look at breakdowns and throw away those things that can get in the way. At its core, is this a character I could play?”

When auditioning, put the work first.
“I think the thing I’ve learned that I’ve taken into auditioning is that to be an actor is to be in service to the story. Just [make] sure that you’re present and you’re able to do the work and the casting director is happy with the work you did. Make sure that everyone’s good, and then you get out of the room. For me, it’s not like happy hour with the casting director. That audition is really just for you to go in, introduce yourself if you haven’t met, sit down, do the work, and leave.”

Don’t give in to competitiveness or jealousy.
“I would say for any young actor—or not just that you’re young, but young in your career—is to not be competitive with your peers, even if they look just like you [and] if you feel like you go off on the same type of roles. There’s something different about you and there’s something that will be different with casting.”

Backstory is key. Ask the right questions.
“I just have, like, a list of questions for every character: [What is] my socioeconomic background? Where did I grow up? What’s my birth sign? What’s my family status? Where did I live? Did I play sports? Sort of flesh out what the childhood might have looked like. We talked a lot in this play, and Donny [Peet] used the phrase—I do it a lot in my work, it’s sort of a ‘wound map,’ and so I’m finding moments where things might hit a little bit deeper and why. I look at the text, too, and see what other characters say about my character. What does my character say about themselves? How does that influence what they’re doing? How do they exist in spaces? Are there actions where they’re always bringing someone something? Are they of service to people? Or are they really demanding of people? Just try to generalize in that way and then get really specific. But my favorite part about creating characters is really just the creativity and freedom you can have in backstory. Like, none of this came up in the play, but Max grew up in Minnesota, and he had one sibling and was in the closet for his whole life there and kind of in L.A.—[he] isn’t out at work. Certain things like that sort of inform how they navigate spaces and talk to their peers and other adults.”

Dorfman leaned on Backstage in the beginning.
“When I got out of school, we had showcase but no one came. I didn’t have agents right after school. I didn’t have a manager. I begged my friend’s boyfriend who was kind of a manager to manage me, but he also didn’t know what he was doing, so it was us both running around blind trying to make an acting career happen. And I would pick up Backstage and I had a membership online and I would submit my stuff that way. And I [was] just trying to gather as much information as possible when there’s no one opening the door for you.”