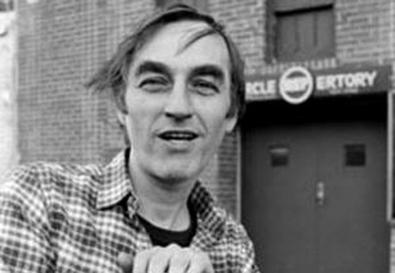 Photo Source: AP Photo/Marty Reichenthal
NEW YORK – Lanford Wilson, the Pulitzer Prize-winning playwright who championed outsiders, the forgotten and overlooked in such plays as "The Hot L Baltimore," "Burn This," "Fifth of July" and "Talley's Folly," has died. He was 73.

The Steppenwolf Theatre said Thursday that Wilson died Wednesday at a long term acute care facility in Wayne, N.J. The playwright, who had been a resident of New York's Sag Harbor, died on the eve of the Chicago company's first preview production of a new staging of his "Hot L Baltimore."

"His tremendous spirit is with us in the theater and tonight's show will be in his memory and honor," Tina Landau, the director of the production, said Thursday.

Wilson was one of four founders of The Circle Repertory Company in New York, an incubator of important off-Broadway works. He was nominated for Tony Awards for "Angels Fall" "Talley's Folly" and "Fifth of July."

He won the Pulitzer for drama in 1980 for "Talley's Folly," the second in a trilogy of plays that follows the Talley family of Lebanon, Mo., over several generations. Wilson himself was born in Lebanon, Mo, and frequently collaborated with director Marshall Mason, whom he met at a cafe in New York's Greenwich Village.

He wrote some 17 full-length plays and more than 30 one-acts, creating gently lyrical works that look back at a lost past. His settings were both rural and urban — his first full-length play, "Balm in Gilead," was a free-wheeling look at New York City lowlife in the early '60s.

"Talley's Folly" told the story of a middle-age romance, "Burn This," focused on a group of grieving friends and "The Hot l Baltimore" took a look at residents of a seedy residential hotel.

Wilson's other plays include "The Mound Builders," "The Madness of Lady Bright" and "The Rimers of Eldritch." He also supplied the librettos for several operas, including "Summer and Smoke" and "This is the Rill Speaking."

"Lanford was a singular voice in the American theatre_an important artist, a gentle soul and a good friend," said Steppenwolf co-Founder Terry Kinney. "We will miss him sorely."


Copyright 2011 Associated Press. All rights reserved. This material may not be published, broadcast, rewritten, or redistributed.