Tonys Frontrunner Glenda Jackson on the Type of Training She Misses 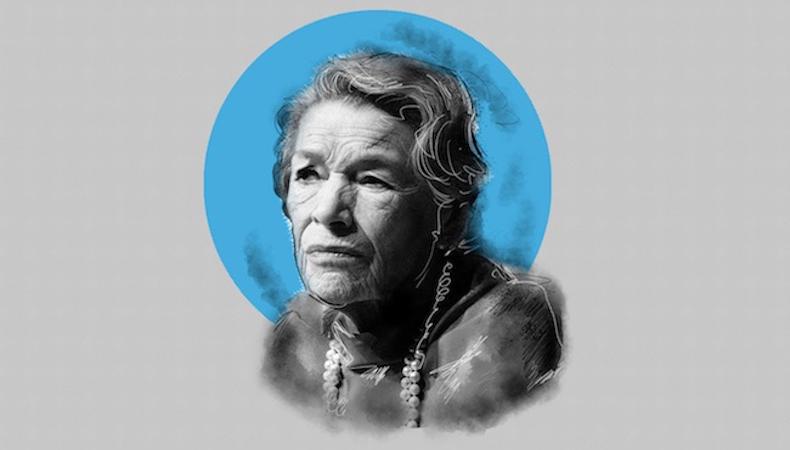 One of the greatest surprises of this Broadway season was seeing Glenda Jackson back onstage—after a 30-year absence—in Edward Albee’s “Three Tall Women.” Alongside Laurie Metcalf and Alison Pill, the 82-year-old two-time Oscar winner chews into Albee’s autocratic, aging A with dry precision. It’s a performance that not only places her at the front of the awards race for lead actress in a play, but one that showcases why Jackson is a legend in the first place.

What has starring in “Three Tall Women” added to your acting skills?
Well, it’s an impossible question to answer, really. I mean, how do you define “acting skills”? Hopefully, every part you play, you try to find the character. The object is never to be judgmental about the character you play; you try to see the world through their eyes. And the technical aspect of acting is always the same: You have to be heard, you have to be seen. And hopefully, you have to be understood. But to say whether one’s learned something about one’s acting skills when you’re doing something, it’s impossible to know.

What has been the greatest joy, then, to bringing A to the stage?
Well, essentially, it’s been working with other actresses, because certainly during my theatrical experience ever since I began, there’s a marked reluctance—I don’t quite want to call it inability—for contemporary writers to find women interesting. They’re invariably there as kind of an adjunct to the male dramatic engine. And if there’s only one woman’s part, and you’ve got it, you never work with other actresses. So to be able to work with other actresses of this caliber is just great.

And with Laurie Metcalf and Alison Pill, you couldn’t ask for better co-stars.
You certainly couldn’t. They’re just extraordinary to work with. They’re just great.

What’s one piece of advice you would give your younger self?
Don’t take rejection personally. I mean, I can remember preparing for an audition or an interview when I’d recently left drama school, and you’d take days over it to make sure you look good and one thing and another, you know what I mean? And then you’d arrive, and there’d be people sitting behind a table, and they’d look up as you came into the room; they’d say, “Oh, sorry, darling, we need a blonde.” Or, “Oh, sorry, darling, you’re too tall.” Or, “Oh, sorry, darling, you’re not tall enough.” That isn’t personal, but it’s very, very difficult not to feel that as a personal rejection.

What would a Tony win mean to you?
I’m not big on awards. We don’t act to win awards; we act to act. I have no direct equivalence to this, because we don’t have a direct equivalence in the United Kingdom. The one that I’m always asked about is, “How did it feel to win the Oscars?” And I say, “I didn’t win them, because I didn’t compete in them.” Who wins are the people who vote for you. It’s not like running in the Olympics. You don’t all start at the same starting gate and finish at the same winning line. It isn’t like that. My experience [through this awards season] is being in New York, which is an extraordinary experience every time it happens to you.

When you did find yourself in the audition room, how is it that you typically prepared?
Oh, well, we don’t have that kind of system in my country. When I was starting out, there was still the repertory system where there were permanent companies in towns and cities across the United Kingdom, and if you got a job, then you played the parts that they wanted you to play. When I left drama school, I was told not to expect to work much until I was 40 because I was essentially a character actress, but then John Osborne wrote “Look Back in Anger,” and the whole of English theater changed.

Do you miss that repertory system?
One of the great things about being in a repertory company was you benefited from the experience of the different ages of the actors you were working with, and I think that’s something that a lot of young actors have yet to experience.

Do you have an audition horror story that you could share with us?
Well, all auditions that you didn’t get a job from are horror stories. But the details, happily, I can no longer remember.

What advice would you give with regard to career longevity?
You can’t give young actors that kind of advice! The kind of advice you give to young actors is the one I just told you: Don’t take rejection personally. It isn’t. But they have to have some means of keeping body and soul together when they’re looking for work, and that means you have to be able to earn a living. But it isn’t like that; you can’t plan in that sense because you don’t know what may or may not be offered to you.

What advice would you give other U.K. actors getting their start in theater?
Well, they have no choice in the matter! That’s the first thing they have to acknowledge. They are never in a position to dictate the terms. It’s a matter of chance, luck, opportunity. And you have to be ready—as far as it’s possible to be ready—to take opportunities if they are presented to you. But I go back to the point that I made: A great deal of time and effort is spent keeping body and soul together when you’re not acting, and you have to be able to do that.

Those are the kind of people-watching jobs that enhance your acting, too, I’m sure.
In a way they do, because, yes, of course all experience can be useful and is. But you are not directly aware of it until is sort of swells up inside you.

Benjamin Lindsay
Benjamin Lindsay is managing editor at Backstage, where if you’re reading it in our magazine, he’s written or edited it first. He’s also producer and host of a number of our digital interview series, including our inaugural on-camera segment, Backstage Live.
END_OF_DOCUMENT_TOKEN_TO_BE_REPLACED