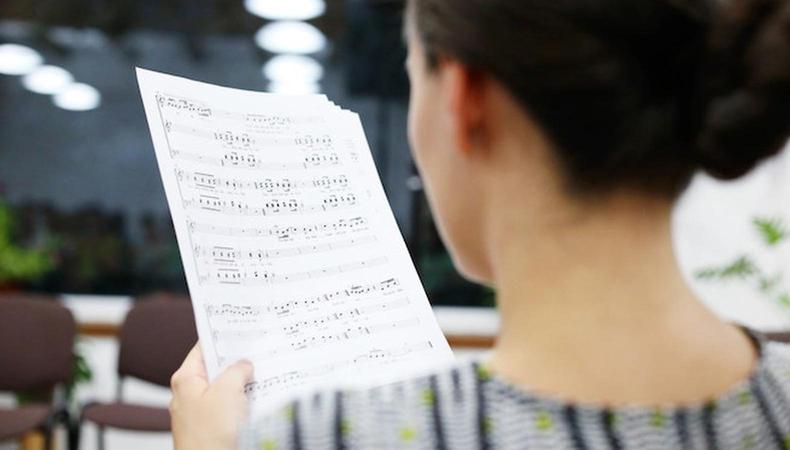 As a voice teacher in New York City, I work with many newly arrived actors packing tons of talent, great training, and a whole lot of misconceptions about their audition books.

I recently conducted interviews with industry experts, from Broadway actors to casting directors, and what I learned might surprise some new to the city...even some who aren’t. Here are eight of the most common audition book myths out there.

1. A typical audition book has around 20 songs.
The experts agreed that the best audition books have a total of 6-9 songs, max. “At some level, that’s the number of songs a performer could have ready at a moment’s notice,” says casting director Michael Cassara. A huge book is a red flag that the actor won’t be prepared on songs they themselves brought in, something Merri Sugarman of Tara Rubin Casting says, “drives me insane.”

2. You need songs from every era of musical theater.
Many recent grads think they need to pack it all: Gilbert and Sullivan, Tin Pan Alley, hip-hop, etc. That’s just not true. Your everyday book should have a handful of versatile contemporary MT, traditional MT, and pop/rock songs that show what you do best, and that’s it. Anything beyond should only be something you specialize in and excel at. “Know your type, but have things in your book that show you’re more than your type,” advises Broadway actor James Monroe Iglehart (“Aladdin,” “Hamilton”). Meet the expectations the team has for you, then find ways to defy them.

3. You don’t need 8-bar cuts if you’re Equity.
8-bar cuts aren’t just for non-union open calls. This season alone, I’ve heard of at least two ECCs that switched to 8-bars. Always come with a plan and a clearly marked copy for a possible 8-bar audition.

READ: 3 Reasons You’re Not Getting Cast in Musical Theater

4. You don’t need the full song in your book.
If you think it’s passé to have the full song with you, think again. “If they’re only preparing 16 bars, it tells me a lot about how they approach their work not only as actors, but as singers, and that concerns me,” says Sugarman. “You’re looking for an arc and a story.” If the song is long, actors should “take some license to shorten it up.” A condensed two-minute version will suffice.

5. A 16-bar cut should be exactly 16 bars long.
There are some old-school accompanists who will still count your bars, but that’s going away. “16 bars is so antiquated,” says Cassara. “[In casting calls], we’ve been sending out ‘16 bars, or 30-45 seconds.’” I recommend your 16-bar cuts lie on two pages facing each other in your book. There’s no reason why a pianist should have to turn a page when playing 16 bars. Plus, they’ll be much less likely to question your cut if they don’t.

6. You don’t need a table of contents.
If you’re asked to sing something else and don’t have a table of contents, you’re guaranteed to hunt nervously and waste time. “As a pianist, I’m very sensitive to when they spend too much time flipping,” notes Backstage Vocal Expert Andrew Byrne. The same way the casting team reads your résumé, your pianist (who might also be the MD) reads your table of contents to get a better sense of what you do. You might even be asked to sing something else because they noticed it in your book, netting you a callback in the room.

7. “Show range” means sing your highest note.
“You can’t show your whole bag of tricks in 16 bars,” explains Sugarman. “What we’re really looking for is your storytelling and your acting.” For my money, the best cuts start in a spoken register, then showcase a vocal climax (not your highest possible note) about three-quarters of the way through.

To ensure your book isn’t a mess, check out The Definitive Guide to Building Your Audition Book, a free online course I wrote for TheoryWorks in partnership with Soundfly.

Amy Marie Stewart is an actor, voice teacher, and the founder of TheoryWorks. Amy’s students have appeared on Broadway, with the Rockettes, and in national tours. She performs in operas, including the 2017 Opera America Showcase at the Town Hall in Times Square, and musicals (Sondheim on Sondheim, Bright Lights Big City, Disney Cruise Lines).

Amy Marie Stewart
Amy Marie Stewart is an actor, voice teacher, and the founder of TheoryWorks. Amy’s students have appeared on Broadway, with the Rockettes, and in national tours. She performs in operas, including the 2017 Opera America Showcase at the Town Hall in Times Square, and musicals.
END_OF_DOCUMENT_TOKEN_TO_BE_REPLACED