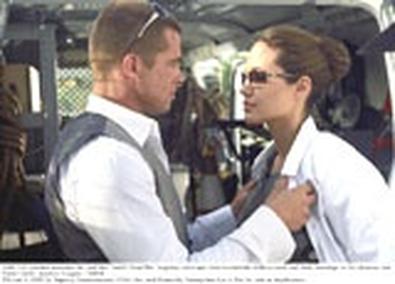 In selecting the Top 20 Casting Directors for the Films of 2005, Ross Reports took into effect both critically-acclaimed and popular films. We considered casts, genres, and challenges that each film presented. Although we made mention of select past films, the following casting directors are honored for films released in 2005. The list includes both individuals and partners, film casting directors of dramas, comedies, adventures, studio releases, independents and everything else in between. Wherever possible, we have included some of their thoughts on the casting profession, experience with the films they've worked on, and what their thoughts are in casting different types of roles.

When you began casting Brokeback Mountain, were you looking for actors who fit the specifications of the short story, the adaptation (or both), or were you open to different interpretations? Did your perception of the roles change at all based on the energy and qualities of the actors you auditioned?

You know that's a great question. I think I was just trying to find the right people that I would believe — that everybody would believe. But I have to start with myself. They had to be believable in this region and a cowboy — just a regional cowboy, and a real guy that would be hurting. We didn't audition a lot of actors. I did a list, brought them in, had meetings with them, and we found them.

Was it difficult (or extremely challenging) casting a movie such as Brokeback Mountain because of the subject matter?

Because the film has been so embraced across the country, do you think actors (female and male) will be more willing to take on similar intense roles? In other words, in your opinion, is the acting community as a whole, more willing now, than in the past, open to playing homosexual roles?

I don't know. That's a curious question. I really don't know. I want to say "yes," but I'm not basing it on anything. So, I think the proper answer is I'm not sure.

When films you've cast in the past, and including Brokeback Mountain are nominated for, or win, prestigious awards (i.e., the Golden Globe, AFI, Oscar), does that make you even more in-demand for casting jobs?

What is your general casting process for feature films?

Read the script. If there's a star role that's screaming out, I do a list of possible offers, you know of the main actors. Then we pull sides or certain material. Put it out on Breakdown. As a result, we get lots of submissions. I also go through mail, and bring people in and audition them. But mostly I would say [actors considered] are through agency submission.

Who was the most difficult character to cast in Brokeback Mountain, and why?

Probably a lot of the day players, because it's hard sometimes to cast regional day players. I think [director] Ang [Lee] was looking for a very real look, and it's not common to find Peruvian day players. I would have to say also all of the kids - there must have been 10 kids. They all had to look alike and be different ages. Like Kate Mara's character, Alma. I had to find four Kate Mara's -- Kate Mara at 2, Kate Mara at 4, Kate Mara at 12. When you're watching a movie you don't see that, but roles like that are probably the hardest.

How did you work with the local Casting Director (in this case, Deb Green in Canada)?

It was great. I went up there and saw her, and met with people. When I came back here I sometimes asked her to send me some more people to see. It went very well.

What was your favorite memory from making Brokeback Mountain?

The first time I saw it. I saw a rough cut and it tore me up — the whole movie. I was devastated when I saw it.

Did you have any idea that the film would get as much positive acclaim as it has? Before the film was released, did you feel that there may be some sort of controversy, or had you realized all along that audiences were ready for a film like this?

No, not at all. I didn't know if there would be any controversy. I really just hoped that people would appreciate the love story.

What are your next film projects?

Any advice for actors that want to audition for you?

(Editor's Note: Joseph Middleton was traveling and not available to be interviewed, so we spoke exclusively with Michelle Morris.)

Was anybody attached to Mr. & Mrs. Smith when you came on the project?

We came onto it because of our relationship with director Doug Lyman. At that time, Brad Pitt and Nicole Kidman were attached. Nicole was shooting The Stepford Wives, and Brad was finishing up Troy. We had a tight schedule to go by and it did not look like both would be available at the same time. So within the studio, the decision was made that we were going to re-cast the role of Mrs. Smith. In the meantime, Brad had fractured his Achilles heal and we had to push a little bit anyway because he was injured. So one of the first things we did when we came on board was to re-cast Mrs. Smith.

What was the studio's involvement in that process?

Fox was involved. New Regency was very involved because it was the biggest movie they had ever self-financed. But for the most part it was very involved with Doug, Lucas Foster (one of the main producers), Joseph and myself. There was a handful of girls that could've really done the role, so with that list we set up meetings, got tapes, got availabilities, and went from there. And as you know, very few were really able to do it. So when it came down to Angelina, and she was just finishing up Alexander, everyone across the board pretty much felt that that was a great choice.

How much of a role did the studio play in casting the rest of the film? Were they pushing for more name actors?

Once you have Brad Pitt and Angelina Jolie, and you have a huge director, I don't think that they were as "name intensive." Of course, it was a big movie-we were able to afford names, we were able to attract names — but like for Vince Vaughn's role, we saw everyone. Originally, that character was supposed to be African American, and we saw those actors. We saw many Latinos. We saw some who were younger than Brad, and some who were older. It was a really diverse mix. But I think what happened was as the script started coming in, and the character became more developed, the type of person we needed became clearer. And Vince Vaughn had a relationship with Doug Lyman from Swingers, so everyone was obviously really happy with the choice.

Who was the most difficult character to cast?

All the roles took so many different incarnations, but probably Benjamin Danz, the role ultimately played by Adam Brody. Originally, we were going to go for a young, fresh-faced kid, and so the "young' could have been a fourteen years old, and it could've been twenty-four. And it was hard because getting a young kid to share screen time and stand on his own against Brad Pitt and Angelina Jolie was pretty tough. So that's probably the role that sticks out the most.

Did you work with a regional casting director, or was it all shot locally?

No, it was all shot in LA. We did everything in LA. We always do a few casting sessions in New York because there are great actors there, and Doug's originally from New York, but that was it.

What was your favorite memory from making this film?

Is it bad to say the premiere/opening weekend? The culmination of it was fun! After working really hard on it (and I was on this film for ten months-almost a year), you always have a big question mark if it's going to work or not. But it was pretty great.

When films that you've worked on have been either nominated for, or won, such high-profile awards as the Golden Globes, or Emmys or Oscars, how does that affect your future casting jobs?

It does have an impact. Even though Mr. & Mrs. Smith didn't win any awards, the visibility of the film helped. There are so many movies every year, and think anytime you do a film that gets critical acclaim, or awards, or huge box office numbers, then people really remember them. The name sticks out in people's minds, and when you, as a casting director, can be identified with a film like that, it's very helpful.

What's up next for you?

Joseph and I are both working with Doug Lyman on different things. Joseph is working on Jumper for him, which is also a New Regency/Fox film. And I'm working on an NBC/Universal series for him called Heist.