On the Town (In Concert) 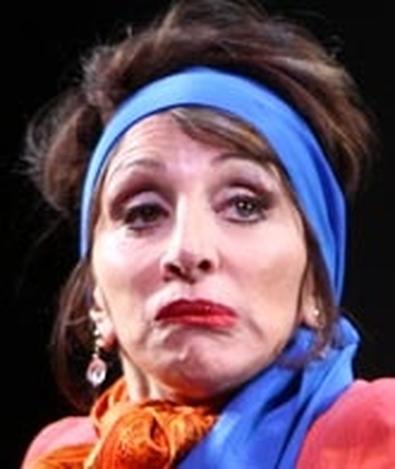 The "in concert" after the title is almost unnecessary for the Encores! presentation of On the Town, the 1944 watershed musical that marked the Broadway debuts of such theatrical giants as Leonard Bernstein, Betty Comden, Adolph Green, and Jerome Robbins. Director John Rando has given this tale of three sailors on a 24-hour leave in World War II Gotham a fully realized production full of life, excitement, elaborate comic bits, and three-dimensional characters.

The only drawback is the onstage setup of the orchestra at City Center. Most of the book scenes take place in front of the conductor and musicians on a narrow ribbon of stage, while the dance numbers are largely performed on a raised platform behind them. This severely hampers the proceedings, especially in a dance-heavy show like this one. Choreographer Warren Carlyle has only two dimensions with which to work; he's restricted to moving his dancers in lines between the wings. They can't travel on the diagonal or use the full depth of the space. This is a pity, because Carlyle shows great flair and imagination in his Robbins-inspired pieces and in his re-creation of three numbers Robbins re-choreographed for 1989's Jerome Robbins' Broadway (after admitting he couldn't remember his choreography for the original Broadway production).

That caveat aside, this Town rocks. As Gaby, the lonely serviceman searching for the elusive Miss Turnstiles, Tony Yazbeck is that rare commodity, a true triple threat — he can act, sing, and dance with equal skill and passion. His soulful delivery of "Lonely Town" and accompanying movement is heartbreakingly real. Christian Borle and Justin Bohon bring zest and spark to his fellow gobs Ozzie and Chip.

Their three girls are equally enjoyable. Jessica Lee Goldyn injects Ivy Smith, the object of Gaby's adoration, with spunk and grace. Leslie Kritzer enthusiastically dives into "I Can Cook Too" as Hildy, the lusty cab driver. But Jennifer Laura Thompson goes the extra mile in her limning of Claire, the neurotic anthropologist. She doesn't just rely on the comic shtick of Claire's attraction to Ozzie despite her engagement to the stuffy Judge Pitkin W. Bridgework (a droll Michael Cumpsty). Thompson creates a complete character with fully developed wants, needs, and conflicts.

In the cameo role of Madame Maude P. Dilly, the alcoholic singing teacher, Andrea Martin proves once again she is the heir apparent of physical comedy in the tradition of Lucille Ball, Martha Raye, and Carol Burnett. Taking her cue from Madame's penchant for boozing, she gets steadily drunker through her brief scenes, pulling bottles out of the weirdest places — including between the conductor Todd Ellison's legs — and hilariously losing her grip on reality and her props. It's a master class in wringing every last laugh from a bit.

There are also valuable contributions from Rachel Coloff, doubling as a long-winded subway rider and a melancholy cabaret singer, as well as ensemble members Price Waldman, Geno Segers, and Kevin Vortmann.

Finally, it's delightful to hear Bernstein's score in a full setting. At once musically complex and pop-music accessible, augmented by the wit of Comden and Green's lyrics, this is one of the treasures of the American theatre, beautifully performed on all fronts.