A Treasure Trove of Theatrical Memories in New Jersey 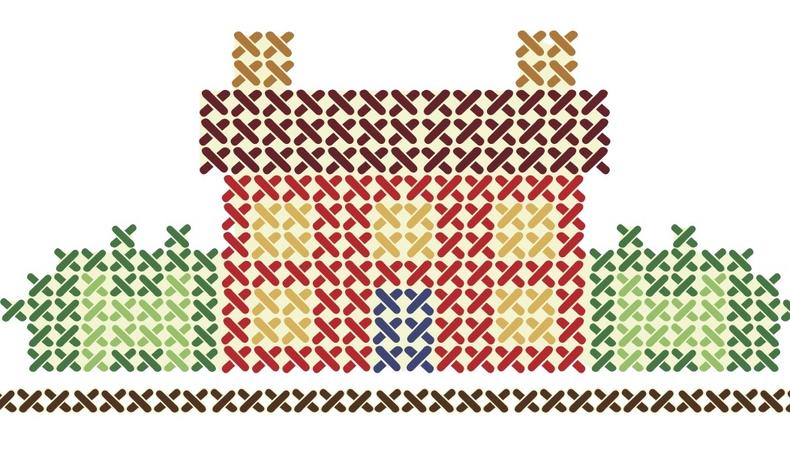 If you ask actor Skipp Lynch (“Blue Steel,” “Tonight at 8:30”) if he’d ever thought he would end up living at the Actors Home, he’ll tell you, “Never.” Lynch, 75, lived in his Manhattan apartment for nearly 40 years. “I’d thought they’d wheel me feet first out the front door, but it didn’t happen that way,” he says with a laugh. After losing his eyesight in 2004, his friends decided he should move to the Home. While Lynch emphasizes that the transition was tough, the man who never thought he’d go now describes it as “a perfect fit.”

The Lillian Booth Actors Home of the Actors Fund was founded for entertainment professionals like Lynch. The Fund’s first home for actors opened its doors in 1902 on Staten Island, N.Y., but the assisted living and nursing facility now resides in Englewood, N.J. Named in 2013 and 2014 as one of U.S. News and World Report’s Best Nursing Homes, the Home is another example of artists taking care of their own via the Fund.

As the award suggests, the Home provides top-quality care for its 124 residents—a list that over the years has included Tony-winning director and designer Geoffrey Holder (“The Wiz”), Tony-winning choreographer Donald Saddler, and actor Pamela Duncan (“Pony Express”). Not all residents are entertainment professionals; the Home also admits first-degree relatives of industry workers and longtime Bergen County residents.

The staff—some of whom have worked at the Home for decades—provides such top-notch care that it feels like family. “Even though we all go home at night, I feel like I’m going home when I go to work, too,” says Lucy Seligson, director of social services at the Home.

You can also feel camaraderie between the residents themselves. “In the entertainment industry, people’s colleagues sometimes become more like their family than their own [actual] family,” says Seligson. “Rather than just going to any facility, people think, I’m going to go where I’m really going to know people.” In fact, Seligson witnessed a reunion 25 years in the making when two actors who had once dated recognized each other at the Home’s gym. As small as the business is inside New York City’s borders, it’s even more intimate at the Home.

The Home prides itself on the continued cultivation of creativity in these artists. One resident crafts sculptures from rocks and pebbles he finds strewn about the property. From foot-long canines to Don Quixote on his steed, the staff makes it a priority to find a place to house his work. Additionally, Seligson and Yalile Alzate, director of recreation, curate programming specifically attuned to theatrical sensibilities, including “Get Together With Music,” a weekly show put on by the residents.

“Almost on a daily basis there is something for me to do,” says Lynch. From outings to the Paper Mill Playhouse to cabarets by outside performers, the Home engages with the current theatrical landscape. Perhaps most special are the intergenerational programs. Just a few months ago, students from the theater arts program at Marymount Manhattan College visited to perform their production of “South Pacific.”

“I had done ‘South Pacific’ many years ago when I was in the Navy,” says Lynch. Seeing those young actors, Lynch was “transported.” Lucien Coppola, a freshman at Marymount who played the role of Luther Billis, felt honored “to entertain them as they had entertained others for so many years.” More than a performance, the afternoon was an exchange of ideas as residents shared their memories and advice with their younger counterparts. “We definitely try to find opportunities to use their vast experience and knowledge and [have them] be appreciated for it,” says Seligson.

The Actors Home is a uniting force between generations of artists and an integral thread in the fabric of New York’s entertainment community. As it prepares for expansion, the tradition of caring for our artists strengthens. After all, while Lynch never banked on moving in, space must be made for the wave of actors looking forward to it. As frequent visitor and Actors Fund President Brian Stokes Mitchell jokes, “I’ve already picked out my room!”