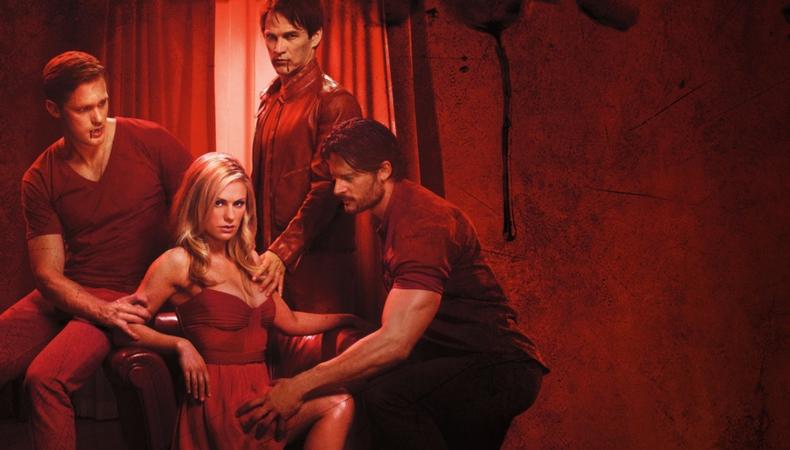 Singing vampires are on the horizon.
Broadway may be getting bloody—but it’ll have to wait a while. “True Blood” creator Alan Ball has revealed that a musical adaptation of the book-turned-hit-HBO-series is currently in the workshop stages. Nathan Barr, who scored all seven seasons of the Emmy-winning drama, is at work on the music. More details are to come.

“Moulin Rouge” finds its Broadway home.
At last, there is official confirmation for the Broadway arrival of “Moulin Rouge! The Musical.” After a lauded run in Boston this past summer, the musical will set up permanent shop at the Al Hirschfeld Theatre, following the closing of long-running “Kinky Boots.” Beginning performances June 28, 2019, the production will see Aaron Tveit, Karen Olivo, and Danny Burstein all reprising their roles from the out of town tryout. An official opening is slated for July 25.

Secret’s out on “Secret Life of Bees” casting.
The Atlantic Theater Company’s upcoming musical adaptation of Sue Monk Kidd’s “The Secret Life of Bees” has enlisted top-tier talent both on and off stage. The just-announced cast will be led by Tony winner LaChanze, Tony nominee Saycon Sengbloh, “SpongeBob” standout Jai’Len Christine Li Josey, and others. The creative team, meanwhile, will be led by Tony winner Sam Gold, with Pulitzer Prize winner Lynn Nottage handling the book, and Tony winner Duncan Sheik heading up the score. Performances begin May 12, 2019.

“Ferryman” stays afloat a bit longer.
“The Ferryman,” Jez Butterworth's British import that has been doing near-unprecedented business for an original play on Broadway, has unsurprisingly extended its limited engagement. The ensemble drama will now run through July 7, 2019 (taking it through the all-important Tony Awards in June) at the Jacobs Theatre.

A “Wicked” fav comes home again.
Katie Rose Clarke, one of Broadway’s tried and true Glindas, will return to her post this winter. Stepping back into the long-running musical’s airborne bubble Dec. 11, Clarke will star opposite Jessica Vosk’s Elphaba, replacing Amanda Jane Cooper.

Casey Mink
Casey Mink is the senior staff writer at Backstage. When she's not writing about television, film, or theater, she is definitely somewhere watching it.
END_OF_DOCUMENT_TOKEN_TO_BE_REPLACED