The Truth About Honesty and Your Agent 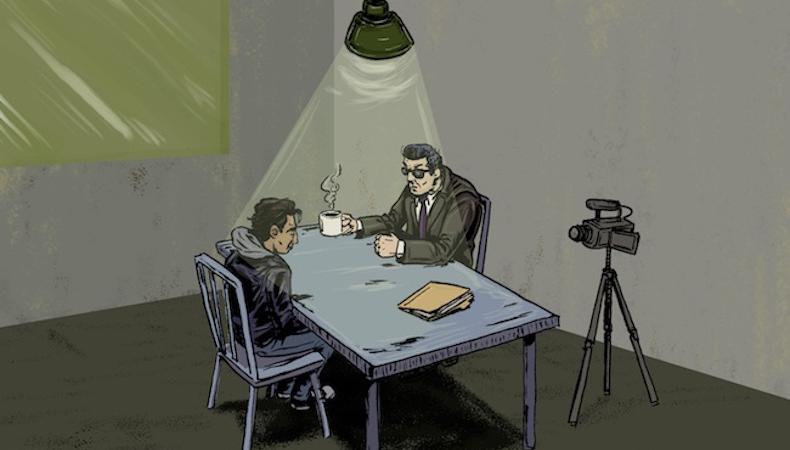 The other day, I was sitting outside Starbucks with one of the agents from my office when a man ran by with his pants on fire. I turned to my associate and said, “That guy must be an actor.” He nodded.

Actors lie. I don’t know why, they just do. It could be a self-defense mechanism or the byproduct of being a performer. I’m not really sure. Maybe I’ll commission a study one day. But until then, I will continue to spend a large part of my life trying to separate truth from fiction.

Now, here’s the bad news for actors who have a shaky relationship with facts: Agents are human lie detectors. We always know.

Just the other day, I was taking a meeting with an actor who had been referred to me by one of my casting friends. While we were chatting, I glanced down at the special skills section on his résumé and noticed he could speak conversational French. So I asked, “Comment as-tu appris à parler français?” He looked back at me like I was having a seizure.

The thing is, my cousin lives in Paris, so over the years, I’ve picked up quite a bit of French. All I said to this actor was, “How did you learn to speak French?” I would argue that’s not exactly a complex question. It turns out he took some classes 100 years ago in high school and had retained about none of it.

So why lie? Speaking a foreign language isn’t something you can fake. When I pressed him on it, he blushed and shrugged and never gave me a straight answer.

WATCH: How to Writer a Professional Acting Résumé

I ended up not signing him—not because of his limited language skills, but because he lied. If something that trivial was untrue, you have to wonder what else on his résumé was made up. Were all those guest star credits really co-stars? Was the supporting role in a studio film nothing more than glorified extra work?

You have to be honest with the people who are going to represent you. Trust me. If the need for a little white lie arises, I’m the one who will throw it out there. Why? Because I know the line and I never cross it.

The worst example of why lying is always a mistake happened to a friend of mine who is a commercial agent. This was about 10 years ago; she had made a last-minute deal for one of her clients to appear in a soft drink spot. The shoot was going to be at a ski resort in Big Bear, which is just a few hours out of L.A.

Anyway, the actor in question claimed to be a good skier. He wasn’t. And when the dude reported for work, they allowed him to take a practice run so he could warm up. Well, that didn’t go well. The actor took a bad fall, and everyone in the area heard the loud crack as his leg broke.

There’s a great joke in there about wishing performers luck by telling them to break a leg, but I’ve run out of space. So let me close by reminding you that your parents were right. Honesty really is the best policy.

Have a question for Secret Agent Man? Ask him on the Backstage Community forums!