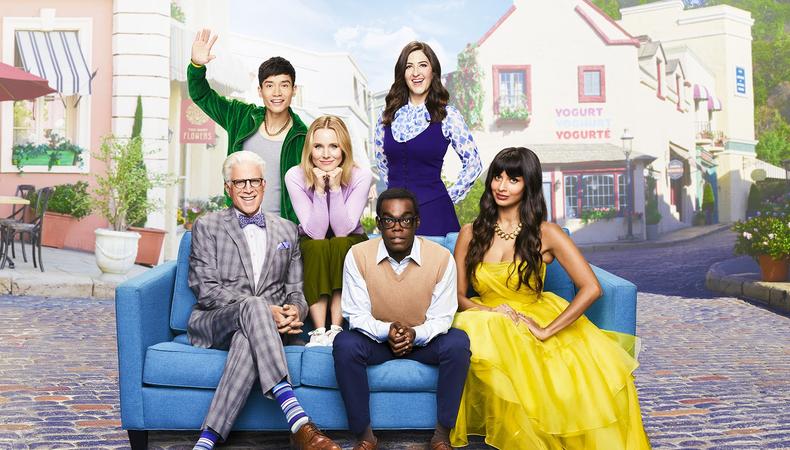 From the newest streaming services to classic networks to the premium channels in between, the spirit of the new year is all about debuts.

Although 2020 will bring a bevy of returning series, dozens of new shows premiere this January: Sir Patrick Stewart reprises his role as the beloved Enterprise captain Jean-Luc Picard in “Star Trek: Picard” on CBS All Access; NBC offers “Zoey’s Extraordinary Playlist,” a magical musical take on the dramedy genre; and on Fox, Rob Lowe and Liv Tyler star in the network’s newest, “9-1-1: Lone Star.” HBO, meanwhile, launches a new Stephen King adaptation starring Ben Mendelsohn and Jason Bateman, “The Outsider,” and “The New Pope” returns starring Jude Law and John Malkovich. Netflix has over 10 debuts this month, including a new series based on “Dracula” from the makers of “Sherlock” and a new series from RuPaul called “AJ and the Queen.” And new streaming services launch into the new year: “Little America” comes to AppleTV+ and “Diary of a Future President” to Disney+. That’s just the beginning of what the first month of 2020 has to offer, though; check out the full list of January TV premieres below!

Apple TV+
Now in only its third month, the new streaming service from Apple launches its newest, “Little America,” on the 17th, an anthology series from Emily V. Gordon and Kumail Nanjiani, the Academy Award-nominated husband-and-wife duo behind “The Big Sick.” They have teamed up with “Master of None” co-creator Alan Yang and Lee Eisenberg of “The Office” for this eight-episode series based on the column of the same name that appears in Epic Magazine and follows the experience of immigrants in present day America.

BBC America
The 12th season of long-running cult science fiction series “Doctor Who,” starring Jodie Whittaker, kicks off the year: a special will drop on the 1st, with further episodes to air on following Sundays, beginning on the 5th.

CBS All Access
In the newest edition of the “Star Trek” franchise, Stewart will reprise his role, this time as the titular character, in “Star Trek: Picard,” set to be added to the streaming service Jan. 23. The actor and executive producer stars as one of the starfleet’s most famous and beloved captains in the show that catches up with Picard twenty years after the end of “Star Trek: The Next Generation.” The show has already been greenlit for a second season and also stars Michelle Hurd, Santiago Cabrera, Alison Pill, Isa Briones, and Harry Treadaway, as well as returning Trekkies such as Brent Spiner, Jonathan Frakes, Marina Sirtis, and Jeri Ryan.

LISTEN: Patrick Stewart on Backstage’s “In the Envelope” Awards Podcast

Comedy Central
The newest series from Comedy Central, “Awkwafina Is Nora From Queens,” debuts on the 22nd, from comedian-musician Awkwafina of “Crazy Rich Asians” and “The Farewell” in a semi-autobiographical series based on her life growing up in Flushing, Queens. The show also stars BD Wong, Lori Tan Chinn, and Bowen Yang and features a slate of many female directors including Natasha Lyonne (who also makes a guest appearance), Lucia Aniello, and Jamie Babbit.

The CW
Beloved superhero drama “DC’s Legends of Tomorrow” will premiere its fifth season on the 21st.

FOX
TV’s latest cop drama, “Deputy,” starring Stephen Dorff and written by “Castle” writer Will Beall, starts off a month of premieres from the classic network on the 2nd. This series follows L.A. County Sheriff’s newest leader, with the first episode directed by show producer David Ayer. That same night, Tim Allen comedy “Last Man Standing” launches its eighth season, now airing on Thursdays. On the 19th, Lowe and Tyler star in “9-1-1: Lone Star,” a spinoff of “9-1-1” that takes place in Austin, Texas. Then Fox launches a new sitcom on the 23rd; “Outmatched” stars Jason Biggs and Maggie Lawson as a blue collar couple raising a bevy of certified genius kids in South Jersey.

HBO
This month brings four premieres to the premium channel. First up, “The Outsider” features the Emmy-winning Mendelsohn as the lead detective looking into the violent death of an 11-year-old boy, and also stars Bateman, Cynthia Erivo, Bill Camp, Mare Winningham, Paddy Considine, and Julianne Nicholson. The sequel to 2017’s “The Young Pope,” director Paolo Sorentino’s “The New Pope,” premieres on the 13th, featuring returning stars Law and Malkovich, plus guests Sharon Stone and Marilyn Manson.

Hulu
Comedy hit “Shrill,” executive produced by the likes of Elizabeth Banks and Lorne Michaels, based on the nonfiction book “Shrill: Notes from a Loud Woman” by Lindy West, and starring Aidy Bryant, Lolly Adefope, Luka Jones, John Cameron Mitchell, and Ian Owens, will return for its second season on Jan. 24.

NBC
The second season of Jeff Rake-created sci-fi drama “Manifest” premieres on the 6th. Then, on the 7th, “Zoey’s Extraordinary Playlist” debuts, a musical dramedy starring Jane Levy as a woman who can hear the thoughts of people around her. She stars alongside Lauren Graham, Skylar Astin, Mary Steenburgen, Peter Gallagher, Alex Newell, John Clarence Stewart, and Andrew Leeds. On the 10th, the newest adaptation of Jeffery Deaver’s novel “The Bone Collector” stars Russell Hornsby as the titular character, a former NYPD forensic specialist. The show also stars Michael Imperioli, Brían F. O’Byrne, Brooke Lyons, and Tate Ellington. Finishing out the month is the 90-minute special doubling as a series finale of the critically acclaimed and much beloved “The Good Place” on the 30th. Time to say goodbye to Kristen Bell, Ted Danson, William Jackson Harper, Jameela Jamil, D’Arcy Carden, and Manny Jacinto.

Netflix
This month is a big one for the giant streaming service. On the first of the month, thriller “Messiah” arrives, produced by Mark Burnett and starring Michelle Monaghan and Mehdi Dehbi. Also on the 1st comes “Spinning Out,” a drama about competitive figure skating starring Kaya Scodelario, Johnny Weir, and January Jones. The third and final season of “Anne With an E” debuts the 3rd. On the 4th, Mark Gatiss and Steven Moffat launch their newest, “Dracula,” a co-production with the BBC. Count Dracula is played by Claes Bang, and Dolly Wells, Joanna Scanlan, and Morfydd Clark also star. On the 10th, new comedy series “AJ and the Queen” premieres, starring RuPaul, who also co-created.

That same day, British crime thriller “Giri/Haji” premieres, as does new comedy series “Medical Police,” which features an all-star cast including Erinn Hayes, Rob Huebel, Malin Akerman, Lake Bell, Rob Corddry, and Ken Marino, and guest stars Joel McHale, Randall Park, Craig Robinson, Fred Melamed, Jason Schwartzman, and Lilly Singh. The seventh and final season of “Grace and Frankie,” starring comedy greats Lily Tomlin and Jane Fonda, launches on the 15th. And the second season of universally lauded “Sex Education,” starring Asa Butterfield and Gillian Anderson, returns on the 17th. The second half of “Family Reunion” drops on the 20th, and the final episodes of “BoJack Horseman” arrive on the 30th. Comic book-based “October Faction” debuts on the 23rd, and both Ashton Kutcher’s “The Ranch” and Kiernan Shipka’s “Chilling Adventures of Sabrina” return on the 24th.

Pop TV
Fan favorite, critical darling, and current SAG Award nominee “Schitt’s Creek” premieres its sixth and final season on the 7th. That means only one more season to laugh at the antics of the Rose family, brought to life by Catherine O’Hara, Annie Murphy, and co-creators Eugene and Dan Levy.

TBS
Anthology series “Miracle Workers” returns Jan. 28 as “Miracle Workers: Dark Ages,” along with much of its cast from the first season, including A-listers Daniel Radcliffe and Steve Buscemi—all playing new characters.