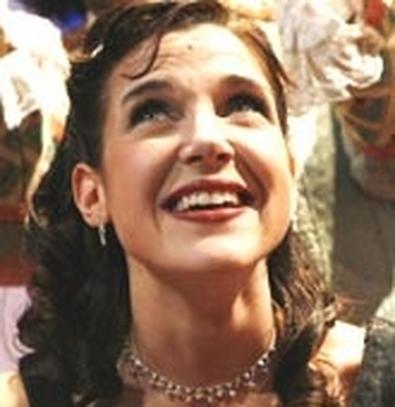 The Queen's Company, led by its artistic director, Rebecca Patterson, is an all-female ethnically diverse troupe dedicated to presenting innovative versions of classical plays. It is a laudable ambition for several reasons, and in 2005 the company gave a Taming of the Shrew of good report. Now, with Patterson as director, we have the more complex comedy of Twelfth Night, and the results at best are mixed.

The Patterson approach is in primary colors, a rollicking girls-just-want-to-have-fun style. While the text is trimmed, postmodern touches are added: For starters, all but one of Shakespeare's songs are replaced by lip-synched songs from Bob Dylan, Annie Lennox, and Cher. None of these novelties meant to enliven Old Will are bothersome. More important, however, is that Patterson — in the name of comedy — has injudiciously directed some of the performers to overplay, so that Shakespeare's romantic comedy of charm at times takes on painful cartoonish proportions. And in a couple of performances, characterizations are hardly glimpsed, as the actors struggle with all those pesky old-fashioned words. (No names here, to protect the guilty.)

With its share of sexual-identity games, Twelfth Night would seem ripe for some special revelations from this company, but none emerge. Instead, the comedic emphasis is on physicality — for example, the subtle humor in the finale of the "Most wonderful!" exclamation goes ignored. With this directorial jazzing up comes an inevitable dumbing down. Several dimensions of this marvelous play are left totally unexplored. Ironically, the production is at its brisk best when Patterson lets Will have his way, and the witty banter of the text is delivered swift and clear.

Viola is the play's center, and this production is lucky to have Virginia Baeta as its core. Amid the shenanigans on show, her Viola is wonderfully sane, clear in word and characterization. Frances Uku is a regally reserved Orsino, while Carey Urban has to be the most active Olivia on record. Among the best speakers of the text are Kari Nicole Washington's spirited Maria and Dionne Audain's sober Antonio.

The Queen's Company is a barefoot ensemble: While some are eyeless in Gaza, all are shoeless in Illyria.

Presented by the Queen's Company