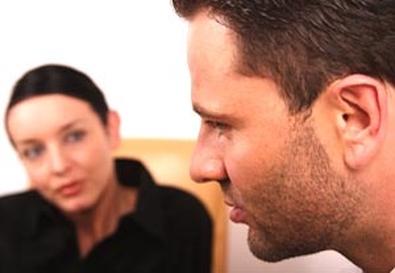 Question: I've had success in my stage work, but I have also failed many auditions. Friends say that I'm good, and I've been well reviewed. I want to stretch, to play parts that challenge me, but I seem instead to always be cast in similar roles. It's undermining my self-confidence. Am I kidding myself about my acting talent?

Phew. You're asking an important question, but I have no idea who you are. I don't know your gender, ethnicity, age, or physical attributes. So let me first answer your question in a general way. You suggest that the roles for which you received good reviews are different from the ones for which you're never chosen. This could be due to the rigid perspectives of casting directors as to what kind of person is best for each role. But it's also essential not to confuse your desire for a part with an honest evaluation of your suitability for it.

You have two realities to compare: roles for which you got good reviews and roles you never got. Are there any clear-cut differences? Did you approach the auditions differently? What can you learn from the positive and negative feedback you received from friends, reviews, and auditions? I know it's difficult to be objective about yourself, but each one tells you something that can help you hone your talents and refine your self-perception. Blindly pursuing your career without studying the details of each role, how it fits into the context of the play, and how it might dovetail with your personal qualities won't work.

Casting directors consistently say how important it is to "know your type." Most successful actors have a good idea of what their type is—and how to work against it. Though an actor may genuinely feel that he or she doesn't have a type, this is a denial of reality, because nearly everyone forms an initial impression of you based on many or all of the above-mentioned characteristics of race, gender, age, looks, and so on. You can't change the fact that other people's assumptions must be taken into account when deciding how to position yourself as an actor. What's important is not to be confined by your type.

If every actor relied only on his or her type to get cast, then there would be little opportunity for growth and artistic innovation. Think of the casting of Audra McDonald as Lizzie in "110 in the Shade" or Harvey Fierstein as Tevye in "Fiddler on the Roof." It was completely colorblind casting for her and a move beyond drag and gay parts for him. These are clear examples of stretching the boundaries of casting. We were expected to view the actor and/or the role from a new and radical perspective. Fierstein and McDonald succeeded. But for any actor, it's a thin line between being blind to your limitations and testing your ability to stretch and challenge the casting director, director, author, and audience.

You want to be versatile in your career. But are you clear about what talents you bring to that versatility? What is your honest evaluation of both your assets and liabilities? Yes, it's necessary to expand your range, but you can't do that without knowing what you want to move away from. "Knowing your type" does not mean you're destined only to play variations of yourself. It does mean being objective about the range of roles you can play and what you bring that's special to those roles. Self-knowledge is the foundation for self-confidence.