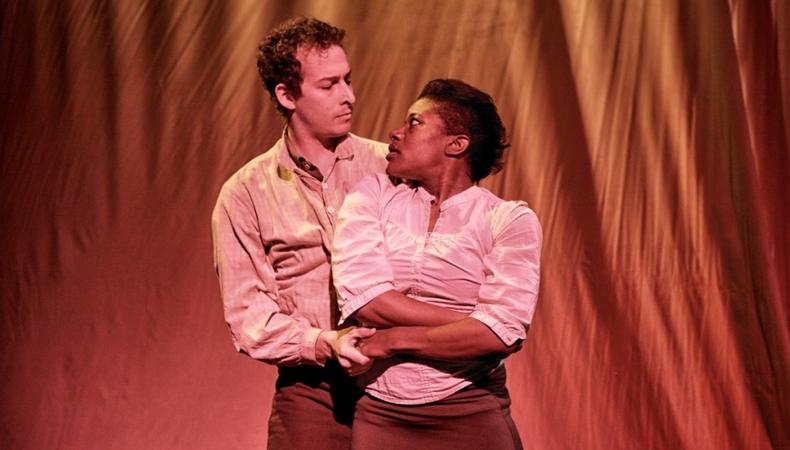 Off-Broadway celebrated its best May 22 at the 62nd annual Obie Awards, capping off a stellar year of downtown and off-the-beaten-path theater in New York.

Lynn Nottage earned an Obie for her Pulitzer Prize-winning “Sweat,” as did Rebecca Taichman, director of “Indecent,” which was also recognized in the special Obie Award for Lifetime Achievement for its playwright Paula Vogel. Both dramas are nominated for the Tony Award for best new play alongside “Oslo” and Lucas Hnath’s “A Doll’s House, Part 2,” which opened on Broadway without a preliminary Off-Broadway run. All four contenders have racked up significant wins leading up to the June 11 Tonys ceremony.

Among the performers who earned acting honors were Bobby Cannavale for “The Hairy Ape,” Amy Ryan for “Love, Love, Love,” and Michael Urie for “Homos, or Everyone in America.” Actor-writers Anna Deavere Smith (“Notes From the Field”) and Taylor Mac (“A 24-Decade History of Popular Music”) also won special citations.

The 2016–17 season’s Obie judges panel included Michael Feingold, Ayad Akhtar, Darius de Haas, and Daphne Rubin-Vega. Co-presented by the American Theatre Wing and The Village Voice, the Obie Awards have been a New York theater tradition since 1955. For more information and a full list of winners, visit ObieAwards.com.

Jack Smart
Jack Smart is the awards editor at Backstage, where he covers all things Emmy, SAG, Oscar, and Tony Awards. He also produces and hosts Backstage’s awards podcast “In the Envelope” and has interviewed some of the biggest stars of stage and screen.
END_OF_DOCUMENT_TOKEN_TO_BE_REPLACED