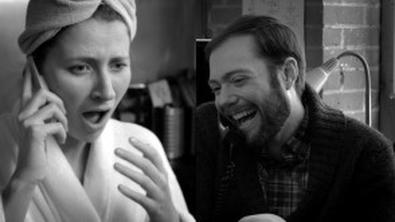 In a world where a major Broadway revival of “cat on a Hot Tin Roof” included a ghost version of Skipper during previews, could a mash-up of “Twilight” and “Breakfast at Tiffany’s” really be that outlandish? At least, that’s the premise of new Web series “Understudies,” which follows “professional actor” Astoria Bagg as she first lands the understudy gig for Holly Golightly in "Twilight at Tiffany's" and then proceeds into rehearsals for vampire movement.

Created and written by Elisabeth Gray—who actually did understudy Holly Golightly earlier this year during the Broadway run of “Breakfast at Tiffany’s”—and Daniel Zimbler, the cast includes Tony nominee Alison Fraser as Astoria’s Tony winner mother, Aaron Costa Ganis (one of Backstage’s 30 on the verge last year) as Astoria’s fellow understudy, and Neil D’Astolfo as Astoria’s agent. With the first three episodes completed, the team is currently running an Indigogo campaign to raise funds for the final nine. Understudies everywhere, unite!