The Unnatural Naturalness of Luke Wilson 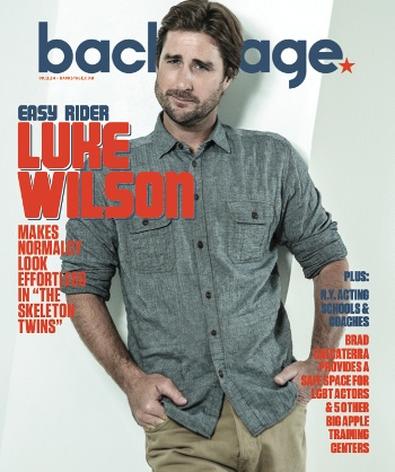 The challenge an actor such as Luke Wilson faces is that what he does can seem so ho-hum natural that we mistake it for just hanging out. For almost 20 years, he’s been one of our most effortless stars. (Actually, even calling him a “star” sounds pretentious. More accurately, he’s our big-screen buddy who just happens to be famous.) Casually moving from project to project with his likable everyman quality, Wilson never forces us to sit up and take notice because, well, he plays guys that aren’t meant to grab our attention. But when he gets a good piece of material, he can turn a potentially routine, average-Joe character into something special and unassuming. This is rare, and rarely appreciated.

Wilson’s understated talent is on full display in “The Skeleton Twins,” the hit Sundance comedy-drama in which he plays nice-guy husband Lance to Kristen Wiig’s depressed, philandering wife Maggie, whose life is upended by the arrival of her suicidal gay twin brother Milo (Bill Hader). On paper, Lance is sweet, dopey, affable—the prototypical “marriage material” your mother always harassed you about finding when all you wanted to do was land a bad boy. Wilson never reduces Lance to a punching bag, but he doesn’t shy away from Lance’s ineffectualness, either.

“I definitely saw him as sympathetic and I think the audience will, too,” says Wilson, relaxing in a Lincoln Heights bakery northeast of downtown Los Angeles. “And then on the flip side, you wouldn’t want to be married to him.” He laughs, almost conspiratorially announcing, “He’s not that sharp, so you can kinda see where Maggie is coming from. I think about people who get a dog just for show and then don’t really want a dog and then give it away. How crazy is that? Poor dog.”

Sporting a few days’ worth of facial scruff and an easy smile, Wilson wears his fame so lightly that it’s not entirely clear that he’s aware he’s a celebrity. He’s funny without straining, doing hilarious impressions of people he’s worked with, like Mike Judge and Bob Dylan. And as he sees it, he fell into a career of playing everymen because when he was starting out as an actor, he wanted to stay busy—and everymen were the parts he got offered. “I guess maybe I’ve done a passable job, so I’ve gotten asked to do it more,” he says, as if he’d never given the matter much thought. 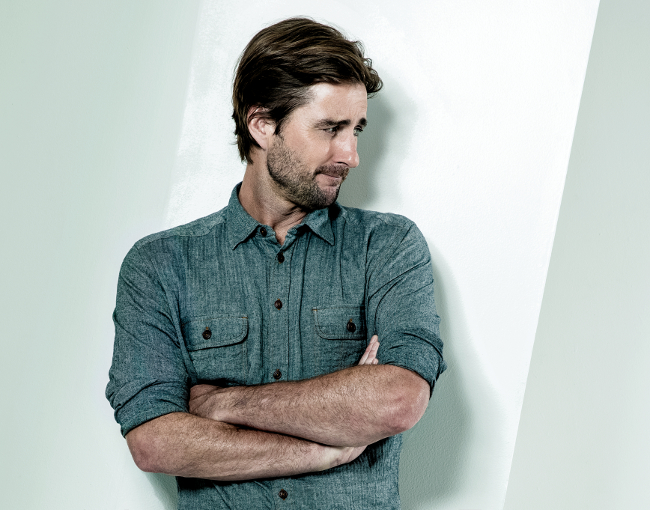 That lack of pretense may be his secret weapon. Wilson has cemented his modest legacy playing handsome, sometimes underachieving dudes in comedies such as “Bottle Rocket,” “Rushmore,” “Old School,” and “Idiocracy.” He’s made being average seem pretty funny, almost a principled rejection of society’s insistence that we all grow up, get jobs, and become boring. But Wilson has also been able to convey deep sorrow with minimal actorly fuss: Think of his portrayal of the heartsick, failed tennis pro in “The Royal Tenenbaums.” Lance is another of Wilson’s “regular guys,” but it’s a performance flecked with sadness—a fine complement to the other recent role that’s garnered him acclaim.

“I’m sure ‘Skeleton Twins’ came around as a result of ‘Enlightened,’ ” Wilson says. “Even though it’s a comedy, it seems more thoughtful, sorta darker.” “Enlightened” will be remembered for several reasons—for Laura Dern’s funny and brave portrayal of the spiritually searching Amy, for the fact that HBO canceled it after only two (very well-reviewed) seasons—but it was also a revelation in terms of showing what Wilson can do. Never chewing the scenery, he played Levi, Amy’s struggling, drug-addicted ex-husband, earning some of his best notices in the process.

“I had a few years there where I didn’t do much,” Wilson admits about the period before “Enlightened.” He practically shrugs while adding, “It’s just the ups and downs of the business. And then when ‘Enlightened’ came, I felt really lucky to do it. ‘Enlightened’ was really helpful to me professionally and personally, to get a really good part with really good people. It made me want to do better things. [The show] got good critical acclaim, people in the business saw it, so it was helpful to me in terms of leading to other stuff.” Wilson had already been a fan of the show’s co-creator Mike White, impressed by his ability to go from writing the dark, psychological indie comedy “Chuck & Buck” to the mainstream Jack Black comedy “School of Rock.” But once Wilson signed on to “Enlightened,” he became appreciative of White’s willingness to let his stars offer input into their roles. “To get picked to play [Levi] and not, like, ‘Hey, you’re in the running for this part,’ which you get used to [hearing]—instead it was ‘Hey, they want you to play this part,’ ” Wilson says. “Yeah, you do go in with confidence because they wanted you.”

And yet, as grateful as Wilson was for “Enlightened,” he admits to having felt a bit restless, nervous about committing to just one project. “Personally, I’ve always liked the idea of, ‘Start a movie, finish it, and you move on,’ ” he explains. “On the flip side, it’s nice to have a steady job, and the idea of getting better at a part was appealing—and I definitely felt that on ‘Enlightened’ with Levi.”

Although he’s written scripts and directed one film—2005’s little-seen “The Wendell Baker Story”—Wilson hasn’t had much interest in mapping out a path for himself. “You can see how people plan a career, which I never really did,” he says. “The same with my life: People have these designs for life, and I kind of envy people like that. As I grow older, I think I’d like to do that.” He talks about maybe settling down and starting a family. He’s also rebounding from the fact that a project he was planning to direct, a Mexican baseball film called “Juarez 9,” fell apart right before shooting. He’s hoping another script he co-wrote, a mainstream comedy called “Prison Love,” will star his brother Owen and get moving in the fall. Wilson is certainly smarter than the average-Joe characters he plays, but he shares their disdain for putting on airs. He just does what he does, which extends to the way he talks about his work. Or, rather, how he doesn’t talk about it: During our hourlong chat, craft and motivation almost never come up.

“I really love reading about other actors who do have a lot of craft,” he offers. “And it’s fun having worked with other actors who are thoughtful and methodical. All the people I grew up loving, they all studied—but for me, I never studied. I read about [actors] and I watched them, but there’s a part of me…”

He trails off, trying to put his finger on the explanation for his reluctance.

“There’s something about acting class that’s not right for me,” he says finally. “But then the people I love—like Gene Hackman or Jack Nicholson or Nick Nolte—they all studied. I don’t know if I’m too shy or if I’d rather just kinda do it than talk about it.” 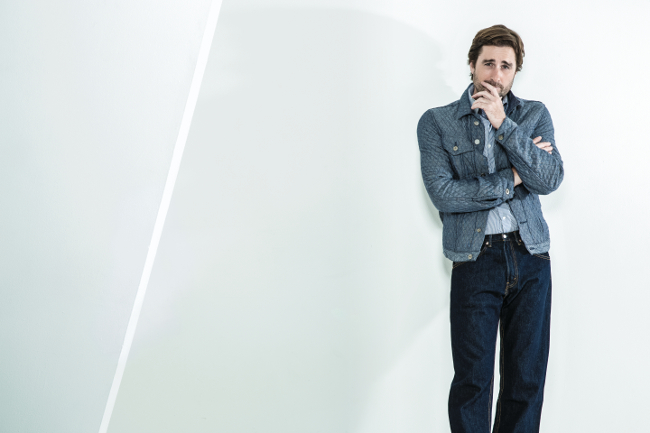 Luke Wilson first came to fame as one of the stars of the 1996 indie “Bottle Rocket,” which was based on a short film he made with his older brother Owen and director Wes Anderson. “Bottle Rocket” launched their careers, but Wilson swears that its very existence remains shocking to him. “I still kid around with Owen about that,” he says. “Columbia [Pictures] didn’t want to make it. [Executive producer] James L. Brooks had Cameron Crowe and ‘Jerry Maguire’ in the pipe, and he kinda forced Columbia to make it. They greenlit it, but then they were like, ‘OK, but just make it with some real actors—not those two brothers.’ ”

This is a familiar story: The underdogs stay true to their vision despite the powers that be, producing a classic in the process. But even today, it sounds like the “Bottle Rocket” experience was painful for Wilson.

“I got so affected by ‘Bottle Rocket’ and the making of it,” he says, still somewhat shell-shocked. “Being aware that [the studio] didn’t want to make the movie…that they didn’t want us in the movie…then they watched the dailies and didn’t like the dailies. We’re in the-middle-of-nowhere Texas, and these executives showed up and they didn’t look happy.” Wilson laughs a little: “I feel like that kind of has scarred me.”

You could argue that “Bottle Rocket” prepared Wilson for a career of choosing films that were either rejected or misunderstood upon their release: the buried Mike Judge comedy “Idiocracy,” the proudly peculiar Bob Dylan whatsit “Masked and Anonymous.” Like “Bottle Rocket,” they’re beloved cult items now.

While making “Bottle Rocket,” though, it was impossible for Wilson to even think of a future in film. “I remember having this really melancholy feeling—meeting [director of photography] Bob Yeoman, getting to be friends with him and the whole crew, putting in long days and loving it,” he says wistfully. “I thought, Well, this is gonna be the only time I’ll ever get to make a movie. But I really had a good time.”