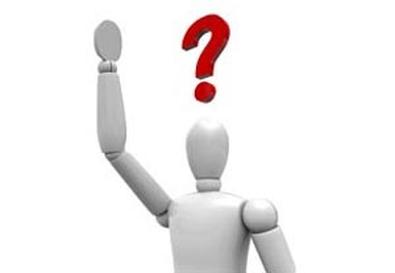 I feel like as a casting director, I'm becoming more accessible. Casting directors have been very inaccessible and kind of elusive and exclusive, and I don't think that flies anymore. I just want to be more involved. From my classes, I produced a DVD based on all my lessons, and I promote it on my Facebook fan page. I also edited the DVD into little digestible videos and put those up on YouTube, so people could spread them around.

When I got on Facebook personally with my friends and family, I started getting hit on by lots of actors, people I didn't even know, who would just try to friend me without even a note. So I made a fan page, and then I realized I should actually be contributing something to this and speaking to the community. This is a great way to actually reach people and speak to them. I'm finding some really interesting stuff for actors—from other people's blogs or other casting directors I know, or open calls that I hear about across the country—and posting useful information that has nothing to do with me but will be helpful to actors.

Twitter is limited to 140 characters, so you have to be concise and to the point. You basically want to give a headline and a link to something. Facebook is where I do my video blogs and I ask my fans for questions. Yes, it's time-consuming, but if I check in a couple times a day and contribute to my followers and also retweet interesting things that they say, it's a good thing.

When I'm hiring someone for a large part in my film, I do a background check, but I haven't gone trolling through their Facebook pictures to see if they have drunken photos. People have to really understand Facebook and the privacy settings and lock down their personal photos so they're just for family and friends.

Twitter is one of those things that you have to use smartly. If you want to get quick attention, Twitter is a very easy way to do that. But on a daily basis, I don't find that I have a need for it. Whereas Facebook is a place where somebody can plant themselves and be available to me. I can see who they are, I can see what they look like, and they can put information about themselves that's accessible as an actor.

I have an Adrienne Stern Casting Facebook page, and I absolutely look at all the new postings or any information that's been sent to me. It also has an email address where talent can email me something if they don't want to post it on Facebook. I'm using both Facebook and my email just as much. I've used my Facebook as a place to put a breakdown. I've done commercials for some major brands, and in my search for talent I've posted the info on both Facebook and Twitter. It's a way to reach out to a couple of thousand people at once.

I constantly have actors friending me on Facebook, and I literally just ignore it. I just need to have some semblance of keeping my two lives separate. There are plenty of actors I'm friends with. I know them personally, I socialize with them, I've cast them, and those are the people on my personal Facebook. If a casting director specifically has a website and a Facebook business site, that's their way of making themselves accessible to you, so that you can connect with that. I have a right to have a personal life that has nothing to do with someone pursuing work as an actor, so I separate the two.

Everything should be positive. Be professional, post professional information, be courteous to other actors, and keep it current. I don't even really love Facebook that much, but we all have no choice but to do it. I'm doing feature films and I'm working with the agencies, so I'm not sitting there going through my Facebook making audition appointments with people.

We're entering a new era where everyone is using MySpace, Facebook, and Twitter, and it would be silly not to take advantage of that.

We use Facebook to send status updates, to send out general notices to actors and keep them up to date on what we're doing. When we have an open call, we'll announce it on Facebook and it's viral. It's the quickest way to spread information. If I've allotted a whole day to cast a scene, I'm not going to get it done in two hours now because I'm using Facebook. It's just increasing the number of options I have. If I'm interested in somebody and they've posted a reel on Facebook or YouTube, it's the quickest way to get a feel for them. I feel like, in general, a lot of people aren't using MySpace as much, but I still do keep it updated and I still post the same things that I post to our Facebook and Twitter.

We post to a bunch of different websites, including Facebook and Twitter. It's just to get as many submissions as possible, because it would really be a shame if the person who's right for a role never even heard that you were casting. Facebook doesn't decrease the amount I use anything else. It's just another way to get the word out—whatever's going to increase the number of faces I can see. Why not use everything that's available to you?

When I look at someone's Facebook page and there are photos of them in their element—not necessarily at a college party doing a keg stand—I do like seeing what someone looks like just hanging out, off the clock. I don't think they need to have a whole separate Facebook page for their business side, unless they want to.

I was very early to Twitter and very late to the Facebook party. I had done MySpace, and I was also very late to that party. Considering how much I love new technology, I'm actually pretty slow to adopt most of these sites, because I sort of do a wait-and-see thing.

I only want to be friends with people that I have actually met. But people who just send the random friend request—like slinging spaghetti on the wall to see what sticks—and they don't tell me why, it's easy for me to hit no. If you put up a post and tag me in it to make me go look at it, or put up headshots and tag me in your headshots to make me go look at them, or tag me in your demo reel to make me go look at your demo reel, all that makes me do is untag myself and defriend you. If you want me to look at something, send a message. I do look, and I even give feedback, but I'm not going to be manipulated into doing that. I want to encourage actors to share about their journey and to be connected and to build a community, but there are right ways and wrong ways to do it.

Twitter is the thing I'm most crazy about, because there's not this expectation of reciprocal following, and I really prefer that. People can follow me if they're interested in what I have to say, but I don't have to follow them, and they don't assume I am. I have several accounts on Twitter. I post links to articles about films I've cast or screenings at festivals, and I retweet the directors that I've done casting for when they tweet about new projects. I'll announce a breakdown that's going out, or I'll mention that I need some actors to submit their headshots to me. I've linked to a casting notice through Twitter several times.

Anything negative that has come from being so connected with people is just because people feel very entitled to charge right in and say "Help me do this" or "Help me do that." If someone picked up the phone and called to ask me the kind of favor that people ask on my Facebook wall, they would be mortified to do it. I'm making an opinion of them before I even have them in the audition room. Treat it like you walked into a cocktail party. If you're behaving that same way in your interactions online, then you're probably fine. But folks get behind a keyboard and suddenly they're bullies and the caps lock starts flying. I can't imagine that same conversation taking place if we were at a networking event, or if I had come to see your showcase and we were schmoozing in the lobby afterward.

I believe the people who are concerned about doing it right are never going to do it wrong, because they know to be concerned. It's the people who don't even realize there's a right way and a wrong way to do it who are stepping in it all over the place.

Marci Liroff
Known for her work in film and television, producer, casting director, and intimacy coordinator Marci Liroff has worked with some of the most successful directors in the world. Liroff is also an acting coach, and her three-night Audition Bootcamp has empowered actors to view the audition process in a new light.
END_OF_DOCUMENT_TOKEN_TO_BE_REPLACED