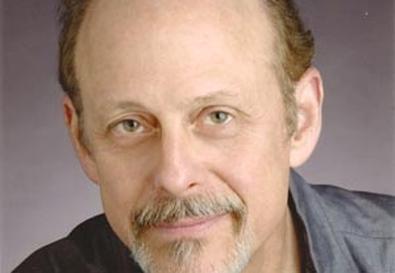 When Back Stage asked me to write something about the craft of acting, my first response was to gracefully decline. In the first place, most "methods" seem reductive to me. They do not reflect my own experience of the complex, windy road that I, and most actors, travel in their work. One eminent actor was recently quoted to me as having described his method as "I am like a lonely dog searching in a darkened bedroom for a slipper to chew on." In the second place, the request reminded me of a time I answered a similar question in a way that now makes me somewhat less than proud.

I had recently been cast in my first important New York play, "Say Goodnight, Gracie," by director Austin Pendleton, despite the fact that I had shown up at the audition without an agent, having not been given access to the play, and emanating a distinct aroma of tile grout, as I had arrived at Playwrights Horizons directly from my job renovating a SoHo bathroom. I was shocked and excited to get my foot on the first rung of the New York acting world. The last thought in my mind was of being a teacher.

But during the run of the play Austin inexplicably asked me to join him in a teaching venture at a day camp on Long Island for high school actors. This despite the fact that I had no particular credentials, not to mention a lack of discernible wisdom on the topic of acting, at least as far as I could tell. But there was a fee, so I gamely tried. When at the end of the summer several of my students asked where they could continue studying with me, the only school I could find that showed interest was run by a now-long-disgraced guru whose specialty was humiliating teenage models, making them cry, and then convincing them that they were, as a result, actors.

Although appalled by the guru, I accepted. Shortly after that I received a request from the office: Could I please provide a paragraph in which I described my method, to be included in an upcoming brochure?

I was flummoxed. I had no method, at least not one I could explain. I was also young and petulant and recently cast in another play at Playwrights Horizons, which it seems only further emboldened me to express my scorn at the school's small-mindedness. What I provided was a brief description of what I called the "Lafleur Method," one entirely fabricated by me. I asserted that it was based on the historic work of the eminent scholar and actor Gillaume Lafleur, who, I wrote, had perfected a little-known form of script analysis in which the actor draws pictures of the faces he intends to make in the margins of his script and then perfects them in his mirror at home. I hoped, I suppose, that my dripping sarcasm would so deeply shame the office staff that the school would simply list my class as "Acting" and leave it at that.

Well, the one thing the guru hadn't anticipated was that his models, newly in touch with their feelings, would contact their rage at him. Under the threat of numerous lawsuits he wisely fled, the school shut down, and the Lafleur Method, thankfully, never went to print. I went on to teach intermittently for some years until, again at the urging of my now longtime friend and hero Austin Pendleton, I joined the faculty at HB Studio, where Austin and I now teach (at Brooklyn College, Fordham, and several other schools).

Everywhere I go someone asks me to describe my method or the aspects of craft upon which my teachings will focus. I am older, of course, and marginally less stupid, I hope, and I have abandoned my attempts to shame anyone with the "Lafleur Method." So each school receives from me a dutifully prepared summary of something that sounds like a reasonable, organized method. But, I confess, in spite of my good intentions my efforts are somewhat halfhearted, and at least half of what I write is true enough but somewhat simplistic and certainly reductive. My teaching method, though I understand it more fully than I did in my Lafleur period, is, like my acting method, still individual and shot through with mystery.

I do not advise young actors to attend auditions unprepared and smelling of grout. It was blind luck that delivered me that day to Austin. My journey followed its own peculiar path, and it would be a fool's errand to try to emulate it. And neither do I tell my students to use the method I use, as my method, such as it is, is a conglomeration of tools acquired to specifically help me and my talent. It cannot be applied like a coat of paint on all actors.

Yes, we all learn a common vocabulary, and we gather helpful tools, like "intentions" and "obstacles" and "destinations" and "sense memory." Maybe, as we go on, we encounter new colleagues and add new terms, such as "actioning" or "psychological gesture," if they serve us.

But in the end I have come to understand how profoundly mysterious is the talent of each individual actor, and how it is incumbent on me as a teacher to approach all my students with the curiosity that hopefully allows me to give them the tools and the freedom to find their own method and their own way down the windy road of acting.

Mark Blum's Broadway appearances include the original productions of "Lost in Yonkers" and "The Graduate" as well as revivals of "Gore Vidal's The Best Man" and "Twelve Angry Men." Off-Broadway credits include "After the Revolution," "The Singing Forest," "The Long Christmas Ride Home," "The Waverly Gallery," "Key Exchange," "Table Settings," and "Gus and Al," for which he won an Obie Award. His extensive film and TV credits include "The Green," "Desperately Seeking Susan," " 'Crocodile' Dundee," "The Good Wife," "Law & Order," "The West Wing," "NYPD Blue," "St. Elsewhere," "Miami Vice," and "Roseanne."