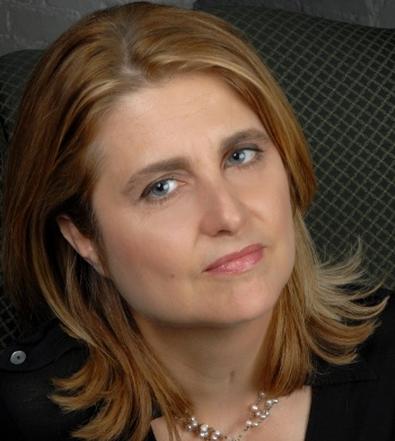 Ludovica Villar-Hauser is the founder and artistic director of Parity Productions, a nonprofit aiming to give women and transgender artists, including directors, writers, and designers, the same opportunities as men to thrive in the theater industry.

What’s the mission of Parity Productions?
What we do is art and advocacy by producing plays and promoting gender equality. We have a 50 percent hiring practice in the company, so 50 percent or more of the productions’ writers, designers, and directors have to be women or transgender artists. We also advocate for productions that have the same hiring standards.

What are the benefits of having women and transgender artists in substantial theater roles?
For us to really understand one another and eventually have peace and a vibrant, exciting society, we need to hear everybody’s stories: younger, older, male, female, trans, every nationality...but if 70–80 percent of the stories are being told by one type of person, those people have the power and we’re not being represented. We’re not seeing ourselves onstage. I don’t think there’s any other art form that reflects life as well as theater does when it’s doing its job—[but] I do not think we’re doing our job yet.

READ: 15 Trans* Actors You Should Know

How did Parity Productions come to be?
In 1999, I formed my production company VH Theatrical, developing new work to employ women theater professionals, an underrepresented group in every aspect of the theater. Then in 2009, I formed another nonprofit called Works by Women, and its mission was all about getting the word out that women are actually working in the theater and are capable of writing, directing, and designing. It all became a little bit much to do both things, [so] we rebranded the company and took the best from each company and renamed it Parity Productions, parity meaning “the state or condition of being equal, especially regarding status or pay.”

How can qualifying artists get involved?
Please submit your portfolio to our Women and Transgender Artists Database to network and share opportunities. If you’re a writer with a story to tell, you can submit to our Annual Parity Commission for Women and Transgender Playwrights, [where] two $2,500 commissions are given to a woman playwright and transgender playwright whose work demonstrates a singular talent for storytelling. The deadline was April 30, but submissions will reopen in the fall.

Tell us about some of the company’s productions.
We develop and produce new plays that give voice to individuals who rebel against their marginalized place in society. One play we’re doing is called “Places,” written by Romy Nordlinger, about the Russian Alla Nazimova, the rule-breaking, bisexual, 1920s silent screen actress and Broadway legend. She was one of the highest-paid movie stars of the time and the first female director/producer in Hollywood.

How do you feel each group is doing right now?
On Broadway we’re having a good year with a few women playwrights and a few women directors—yay! But the transgender community is still poorly represented and we’re still learning about the community. Talk to us! Get in touch with us! We want to know who you are because we’d love to do more and help get you and your work out there.