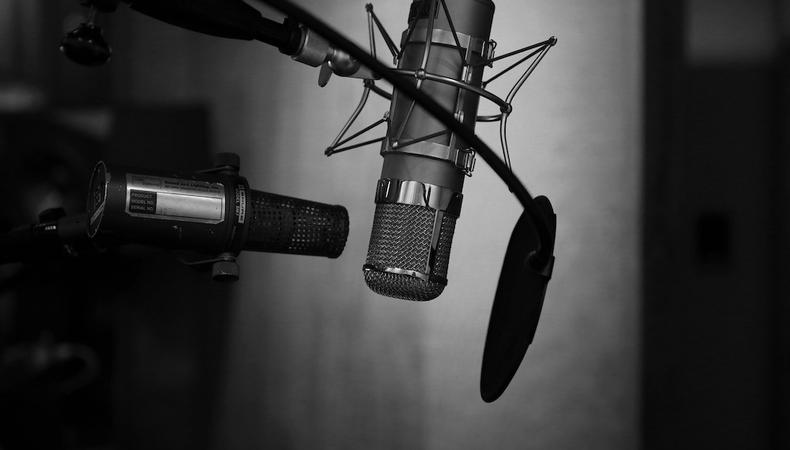 When it comes to commercial voice acting, scripts are generally no more than 60-seconds long. But don’t let the short length lull you into a false sense of rehearsal simplicity: these short scripts merit considerable thought. As the great Don La Fontaine once said, “It’s all Shakespeare.”

However long or short the script, the rehearsal process is about the thoroughness of discovery. Giving yourself more time is generally good and will help steer you away from falling into a routine. Short scripts can be deceptively challenging. The key to solving any script is a good rehearsal process. This process is missing for most voice actors and isn’t really taught with much veracity. Those who develop a robust rehearsal process are catapulted into the 98th percentile where the jobs are won.

Some actors have a knack for quickly delivering a performance that seems to capture the essence of the script, and this is often adequate enough to get into the 90 percent of auditions that don’t make it to the final round in the advertising boardroom. Still, eight out of the final ten are excluded in favor of the two who have that intangible magic that only a solid rehearsal process (and talent) can inspire. The rehearsal process is how you get there. It starts before you get your hands on the script.

READ: What Makes a Voice Actor

Take off your voice acting hat.
What we see with almost all voice actors is a tendency to pick up a script and dive straight into the deep end of the pool rather than wade in gradually. Diving in bypasses subtle details and can end up being a belly flop. Wading into the water gives the actor time to see and feel more fully—to adjust to the nuances and subtleties of the script and its subtext. Even though the actor knows to go for the oh-so-important “conversational read,” they do it while mimicking a stereotypical notion of how it seems the copy should be read.

Put on your consumer hat.
Advertising scripts are written for the everyday consumer to grasp easily, if not instantaneously. Take advantage of this fact by reviewing the script not as a voice actor, not as a job, but as the consumer. That’s you! Even if the product is not targeting you specifically, it targets the friends, family, and associates who make up your world. After reading the script as yourself (the consumer), turn it over and jot down the personal ideas and feelings that show up for you. What is being asked of you? Do you like what you’re hearing? Are you interested in the offer? Does it make you feel good, excited, safe, relieved or nostalgic? These notes will serve as directorial triggers later on.

Allow yourself to react to triggers.
Nothing generates an instantaneous, actionable response like triggers: hate, love, anger, giggly, romantic, etc. Even a color can elicit a powerful response. This gets back to the various words you jotted down after reading the script.

These words will act as triggers to assist you in finding your performance. Pin the notes up in plain view while you continue to rehearse the script. This is an especially valuable technique in an era when voice actors work mostly from home, alone in a vacuum. You’ll find these triggers to be stimulating guides that keep your thought process honest and real. The notes become like a director on your shoulder.

READ: Do You Have The Right Stuff For Voice Acting?

Get the words in your mouth.
Now you can put you voice acting hat back on. Read the script several times aloud in full voice, but in a flat, almost monotone fashion. Capture the meaning of each word as you read aloud but don’t allow the words to pull you into performance mode. The purpose here is to get clear on the mechanics of the language while noticing that the words of the script also serve as emotional triggers. If you resist the temptation to perform, you’ll give yourself more opportunities to see the script in different ways. You may notice that the words don’t necessarily call on you in the same way as you read the script for the third, fourth or tenth time.

Engage a finding process.
Beyond your initial notes and any obvious ideas present in the script, your next step is to look for subtext, alternative points of view, alliterations, repeat words, etc. There’s always something new to uncover. Each time you read the script there are new things to discover. Find them and use them to differentiate your unique point of view

Talk to someone.
When you start to perform the script, always imagine a person in your life or a famous personality that you can easily substitute for your audience. It’s not enough to pick just anyone that comes to mind. Choose someone who supports what you have to accomplish. In other words, don’t pick your grandmother if you’re doing a fast-paced spot aimed at energetic kids. Nevertheless, imagining a real person will motivate you to personalize the script with authenticity. This will also help create a naturalistic, conversation performance.

Choose a moment before.
People speak when they want to have an impact on what’s happening. We always speak for a reason. However, people don’t usually have their words written out for them as we do in voice acting. To get from reading to performance, the actor establishes and rehearses a reason to speak. This could be a circumstance or a response to a statement or question put to you by the person you’re speaking to. Each and every take starts with this motivation.

Get messy when you play.
Voice actors can sometimes be too careful and precise with the language or performance. In real life, your intention (moment before) drives the words forward. As we talk, we gauge the listener’s body language and focus as we determine what’s needed to persuade, seduce, alarm, etc. We do all this on the fly. Work for a rehearsal process that allows your delivery to be extemporaneous, even as you’re taking the words off the page. Rehearsal becomes the un-rehearsal.

Joan Baker and Rudy Gaskins are the co-founders of That’s Voiceover!, an annual career expo, and the creators of the newly formed Society of Voice Arts and Sciences and the Voice Arts Awards. Follow them on Twitter @JoanTheVoice and @RGaskins1, and like them on Facebook: Rudy Gaskins At Large and Joan Baker Live.

Think you're ready? Check out our voiceover listings!