Voiceover Auditioning by the Numbers 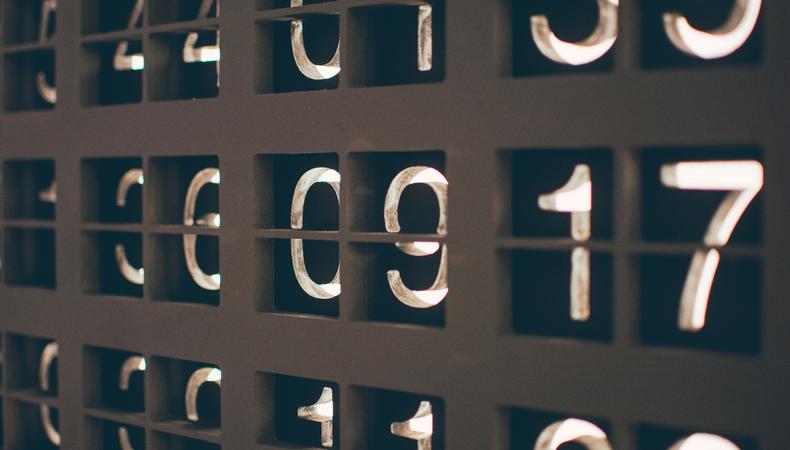 How many auditions do you imagine it takes to land a single voiceover job? Five? Ten? Twenty? There must be an average. There is, but it’s likely to be a great deal more than you might think.

You build your professional reputation as a voice talent and as an actor by consistently delivering exceptional auditions. Lots and lots and lots of them. Which is why tenacity is such a critical element to succeeding in this (or any business). So if it’s walking and chewing gum you’re after, best keep walking. There’s not much demand for that.

You can’t underestimate that the bulk of your job as a professional talent is auditioning. You could even consider auditions your greatest form of promotion—they just shouldn’t be your only form of promotion (as it appears to be for more than 85 percent of all talent out there). Without persistence and promotion, it’s not likely you’re going anywhere, a thought that might explain what’s undermining the success of so many remarkably talented individuals.

And though you’re voicing all those auditions which may, in turn, lead to offers to audition sans demo, it’s crucial to remember that you can’t go very long without training or professionally-produced voiceover demos if you hope to score auditions on a consistent basis.

Voiceover demos, by design, audition for you prior to being considered to audition directly for a project, whether it be through a talent agency, casting source, or independent contractor. On their own, simply having a demo won’t score you work...they only drive employment if you drive them. (For the record demos aren’t a resume of what you’ve done, but rather a professional demonstration of the work you’re best suited to land.)

Even the most talented, skillful, and experienced artists create work for their demos. They’re expected to sound like the real thing: nationally broadcast union commercials and narrations. They’re meant to seamlessly advertise your very best abilities and define where you belong to encourage auditions from multiple streams.

All this to say: you can’t underestimate the importance of momentum and its impact on whether you have a career or not. So many talents lean back rather than double down directly following having their voiceover demos produced, which can create a nasty habit of starting and stopping your career, thereby undermining your confidence and derailing your career before it’s had the chance to take root.

Before you throw in the towel, convinced auditioning is a numbers game, consider a few key stats from SAG-AFTRA and the US Department of Labor and Statistics:

Okay, I can’t technically verify that last stat except from my own professional experience as a talent, producer, and casting director. But it stands to reason considering that when we cast, we weed through an extensive pool of talent to determine the very best submitted within the timeframe allotted, and we only seriously consider about 10 to 15 percent of all auditions submitted.

So what does this tell us? For one, the best audition doesn’t necessarily land the job, but one of the best does. Your objective is to deliver your very best on every audition because your reputation depends on it. And second, you can only compete with yourself. Continually challenge yourself to be better than your last audition.

Auditions are meant to test your mettle. The only real difference between the audition and the session is the number of takes. A booking may require five takes or it may require 55 takes—it varies dramatically from job to job, genre to genre, and director to director. On an audition, we usually only get one or two takes to deliver our very best (unless we’re auditioning from home, which comes with it’s own learning curve all talent must master).

Auditions are an art unto themselves. Ideally, the more of them you do, the better you get. But even the most-experienced talent require coaching a few times a year to improve their techniques, break bad habits, and sharpen their skills.

As the saying goes, “We are what we repeatedly do.”

Therefore, the more experienced you are, the greater the expectation, and the higher the yardstick. Not the other way around.

Kate McClanaghan
Kate McClanaghan is a casting director, producer, and founder of both Big House Casting & Audio (Chicago and Los Angeles) and Actors’ Sound Advice. She’s a seasoned industry veteran and actor who has trained actors and produced demos for more than 5,000 performers over her 30 years in the business.
END_OF_DOCUMENT_TOKEN_TO_BE_REPLACED