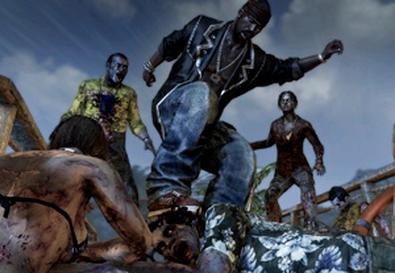 Lloyd Floyd has little patience for actors who complain that doing voiceovers in video games pushes them to extremes that they're not prepared to handle. He doesn't deny that it's heavy-duty work and far more demanding than other VO gigs. But it's also, at least for him, a hell of a lot of fun.

Video games are big business; indeed, at the high end they rival megafilms in production value and profit, says Holter Graham, co-New York local president of SAG-AFTRA. Graham, who also is the co-chair of the Interactive Steering Committee, says that in any given year hundreds of actors are employed, with the most successful games using union talent. If it's a large project, 30 to 40 actors may be brought on board to play 100 roles. Most are cast with male actors who have "a strong hero's voice and a low register," says Graham. "Sometimes the voice is gravelly. It should bring to mind a tough leading man, a warrior, or a strategist. With the women they also want the strong, clear voice that suggests someone leading the charge. Sometimes they want a more ambient, even tone from the women. But vocal styles are becoming more diverse."

Kim Howard, who has worked on several video games, says, "There's the belief that women's voices don't command attention when they say 'Duck,' 'Run,' 'Leave me alone.' And so women tend to be the sidekick or have the smaller roles."

Still, games have afforded Howard the chance to play roles outside the young mom or friend, including an arms dealer and "a well-spoken African-American lawyer," she says. "Often in the voiceover world an African-American woman sounds like Wanda Sykes."

No formulaic how-tos exist for landing these gigs, though most actors, like Howard, have voiceover experience before launching into video games. Floyd, who did voiceovers as a youngster, is best known as an alternative standup comic and vocal impressionist, mimicking "1,036 voices," he maintains. For him moving into interactive games was a natural extension of stage work. By contrast, Ryan Johnston had no voiceover credits when he landed his first game stint with Grand Theft Auto IV. All believe being well-versed in the genre makes the entire experience -- from working with the directors and producers (most of whom are committed gamers themselves) to understanding the vocal demands -- altogether less alien.

Challenges in the Game World

Typically, actors work solo in a booth, enacting a host of characters and reeling off dozens of response lines to anticipated moves a player might make. The actor must deliver these lines in a vacuum, devoid of context -- from "He's down" and "He's shot" to "Let's get out of here."

Occasionally, however, a piece of dramatic writing surfaces that requires real acting chops. Johnston recalls one monologue focusing on a character's "sense of hopelessness and despondency as he considered his life of crime and his drug habit. It was a layered piece any actor would want to do." The actors do not see the scripts beforehand and are expected to nail them quickly. "How do you honor the material and remain truthful at that speed?" Johnston asks rhetorically. But interactive games may also include set scenes between actors, and for these snippets, actors receive the sides ahead of time, as they would for any film.

Repeatedly, the actors express pride in their video game work, in some cases saying it represents their best acting to date. While most comment on the intense dramatic characters they're playing, Floyd says he's had the chance to do broad, bombastic comic roles within the parameters of violence and completely uncensored language. Further, he talks about improvising and seeing some of his lines incorporated in the script. Still, the work is not without its challenges. "Video games are edgy and extreme, which means the comedy is extreme too," he says. "At the same time, the acting has to be truthful."

All concur that vocal stress is the major stumbling block. The genre demands high-decibel performances and, depending on the size of the role(s), screaming and shouting may go on for two to four hours. "You can scream your lungs out, and then they'll ask for more," says Floyd.

Veteran voiceover artist Phil LaMarr agrees: "It becomes an endurance session. The question becomes, How do you keep a performance up at a certain level? The first thing that goes when your voice gets tired is your vocal range, and by the third hour you sound strained. You have to make it sound real and work around the handicaps."

The actors have little doubt that working in the rugged world of video games has sharpened their dramatic skills and boosted their self-confidence, suggesting the demands of other performing gigs will be relatively easy in comparison.

To what extent performing in games has opened up gigs for actors in other genres is arguable, though everyone enjoys the increased revenue and fan base generated. "I've been part of games where there are multiple editions or installments, and so I've been able to make more money because those particular titles have turned into ongoing franchises," says voiceover artist Vincent Corazza. "And I've had lots of fan interest in my work because of some of the more notable games I've been in."

Floyd agrees: "Most of the adulation I've received has come from my work in video games. At a hotel in the Dominican Republic the concierge asked me what I did. When I told him I did the voice of Skywalker, he took a picture of me for his son. Players feel they've interacted with you and are that much more interested than if they had just watched you in something."