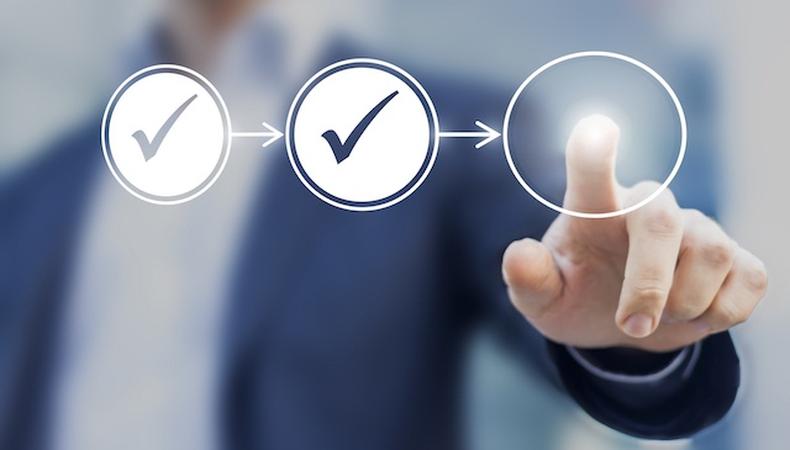 When I asked my first manager about the possibility of partnering with an agent, she immediately responded, “No agent will sign you unless you already represent income or if you’re so unbelievably attractive they’ll try to throw you up against the wall to see if you’ll stick.”

That statement instantly confirmed my much younger self’s fears at the time that I was both broke and average looking. It was also the beginning of a fundamentally unhelpful way of thinking that took me a very long time to shake. While I felt like I was moving forward, in reality I was constantly waiting for permission, approval, or sheer luck to intervene. In other words, I was in a fully unrealized state of career inertia.

When I first committed to acting professionally, I figured I needed two things: a manager and an agent. That seemed straightforward enough. I never expected it to be an easy process, but they were two definite steps I knew I could take in order to somehow achieve my goals.

Imagine my surprise when my manager (I got one of the two!) told me otherwise. I started to wait for the gatekeepers (this includes agents, casting directors, producers, directors, and playwrights) to let me in. Hearing “No” became the norm (as it is for most actors), and I figured that one day, after enough rejections, somebody would have to say “Yes.”

I paid for casting workshops and crossed my fingers when I got an audition for the role of Nurse on a soap opera. I sent out endless postcards to follow up with the casting directors I met at these paid sessions. One acting “guru” in L.A. “assessed” me and, after making me take off my shoes and put on socks with her name on them, told me I would really benefit from a “Branding Class.” She handed me a flier without batting an eye and my stomach sank. That’s when I wondered: When would enough be enough? When would the cool kids give me permission to cross over into their club? And how much more money would I have to spend once I eventually got in?

At a certain point, I realized I was just spinning my wheels. Of course I wanted to afford myself every opportunity to be successful, but statistically speaking, I was spending the majority of my time seeking approval and the minority of it actually acting. It didn’t make sense that I was putting so much psychic energy into getting permission to do the thing that I loved the most. If I was going to work hard, it made the most sense to focus on the act of acting and nothing else.

Letting the pursuit of an agent go, I started working in independent film. I had a friend who was starting to make them, and this is the only area of my career where I recognize luck plays a factor. There wasn’t any straining or pushing; we were collaborators who respected one another and just generally had fun. I was lucky to have this. Through the recommendation of a network of friends, one film led to another, and pretty soon I had a healthy spectrum of roles under my belt. Actively disengaging with the “gatekeeper” mentality helped me become a more productive actor.

Sometimes I still wonder if someone will throw me up on the wall one day to see if I stick, but mostly I wonder if I ever really wanted to be on their wall in the first place.