How to Wake Up Casting Directors in an Audition 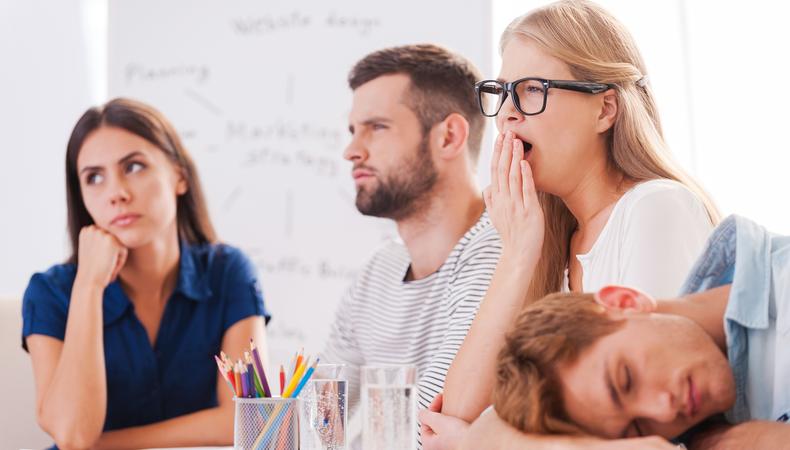 I don’t apologize for being a huge “Star Wars” fan. But even if you have never seen the films, this article will introduce you to some out-of-the-box audition techniques that I have saved, until now, exclusively for students in my private classes. Have you ever imagined that you could wave your hand and say, “These aren’t the droids you’re looking for,” and get almost anyone to do what you want? Well, you can.

Use smuggler phrases.
Many of you are already using this on a proper slate. You state your name and then say, “and I am [the name of the role].” You don’t state your name and say, “I am reading for the part of [name of the role].” You declare, “I am the role.” But you can take this concept to an even deeper level. For instance a casting director might say, “Can we ask you...” Interject and say, “You can cast me anything you want to,” smuggling the word cast where the word “ask” belongs. They sound close enough that this switch will likely go unnoticed. But in the unlikely event that someone asks, “What did you say?” just make a joke. Or do what I would do and admit it: “I just used a Jedi mind trick on you. I said ‘cast’ instead of ‘ask.’ It’s a neuro linguistic technique.” People are fascinated by this topic so it may lead to a great conversation if you do some additional homework on NLP. Smart casting directors are looking for intelligence. This full disclosure signals that quality.

To see examples of the way we use smuggled phrases and embedded commands in the free actor reels we shoot in our on-camera classes, explore the reel shoots tab at Screen Actors System.

Use a pattern interrupt.
This should be done at an opportune time before you begin your read. The baseline state of most casting people is boredom. So wake them up with a loud noise. Slam the door on your way in if possible. Not in a hostile way, make it look accidental and then make light of it. Perform a jarring vocal warm up. Try a very long silence. Obnoxious? The point is these things are a bit obnoxious. Try to be likable all the same, but realize nothing is worse than missing their full attention.

It goes without saying that doing excellent work in the room can create a positive change in casting people. But in the smartphone era, you need to do something to make sure they are awake enough to watch you work in the first place. Fortune favors the bold. I have seen thousands of actors audition; I work with some of the bold ones to this day.

Perhaps the biggest benefit to using these techniques is the mindset it will create in you, the actor. Instead of being nervous, you’re concentrated on deploying an array of psychological techniques. It becomes a game. You will have the sense that you are in charge of the outcome. This will read as pure confidence. And if you can develop even a fraction of this skill set, it can seriously change your booking ratio.

Trust me, players in the film industry are gaming you. So game them right back. Do it with class, and you may be surprised just how much rapport you can build.