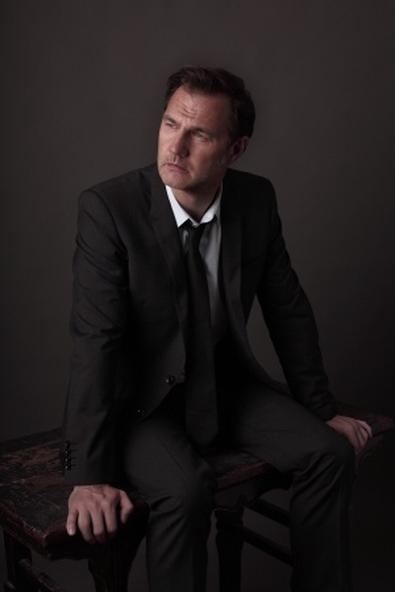 What would you do to protect yourself and your family? How far could you push yourself to survive? And if everything and everyone you ever loved were suddenly taken from you, what might your life become?

These questions—as well as healthy doses of blood, guts, and gore—are at the forefront of AMC’s hit zombie series “The Walking Dead,” which returns Sunday, Feb. 10, for the second half of its third season.

“I think the forum [of the zombie genre] allows us to ask questions of humanity and ourselves that we wouldn’t necessarily be able to play out otherwise,” says British actor David Morrissey, who joined the cast of “The Walking Dead” as the menacingly mysterious Governor at the beginning of Season 3. “It’s imposing an imaginary apocalyptic world, and because the landscape is brutal and horrible, putting humans in that place allows us to explore them emotionally. We can push them to the edge, and I think that’s important.”

Over the course of the season, the Governor has certainly been pushed to the edge of both his sanity and his humanity. He leads a safe haven called Woodbury, protecting a small community of survivors from the hordes of flesh-eating zombies outside the walls. But when his security is breached and his town is attacked not by “walkers” but by fellow humans, he loses his daughter, his eye, and any connection to his past life or moral code.

Morrissey says that although viewers are quick to call the Governor “evil” or a “villain” for his underhanded methods and sometimes despicable deeds, “I don’t see him like that. I see him as a victim of the circumstances he’s living in, and he’s making hard choices.

“You start from the point of view of this being a good man who does bad things. Then there’s something to play with there.”

Morrissey also connects his character’s arc with his own lingering questions about why those elected to lead so often fail to deliver on their campaign promises.

“What happens to people when they take office?” he asks. “We know that power is a massive corruptor. It’s an aphrodisiac, it’s greed, and it can really have powers that play on you—and not always in a good way.”

The Governor’s desire to protect and serve seems to have been replaced with resignation and resentment now. In the newest episode, he sneers from beneath a bloody eye patch, “These people have had it easy. Barbecues and picnics, that ends now.”

“There is an element of the Governor that he is a man playing a part—that he is not naturally this person,” Morrissey says. “It’s a construct. And now it’s like he is evolving into this person, given the circumstances he’s had to go through. It’s a brutal world.”

Morrissey says that although he did not read the comic books on which the show is based, he’s been a fan of “The Walking Dead” since the pilot episode. To prepare for his role as the Governor—iconic among comic book fanboys long before he was introduced on screen—the actor read a variety of material including “The Rise of the Governor,” a novel by “Walking Dead” creator Robert Kirkman that reveals some of the character’s backstory, and “The Things They Carried,” Tim O’Brien’s collection of semi-autobiographical stories about the Vietnam War.

“These soldiers are good men when they’re home in America and they’re with their families,” Morrissey says of O’Brien’s book. “They go to war on a wave of optimism, trying to keep the security of their lives, and they go to a hell on earth. Suddenly they’re making decisions that the men back home would never have made, because the circumstances they are in and the things they see are so brutal and horrible, and they’re tainted by it.

“We all would like to believe that in moments of crisis we will behave heroically, that we are the good people and we would do good things,” he adds. “But nobody knows that until it happens. Until you are tested and it’s your children who might be killed, your wife who might be taken, you don’t know what you would do. So it’s my job to explore that.”

Does that mean he needs to feel sympathy for the “bad guy” in order to play him onscreen?

“I don’t think it’s sympathetic; I think it’s empathetic,” Morrissey says. “I don’t think there’s any part of the Governor that is asking for sympathy, but you’re watching him and thinking, ‘I might do things like that. I might be in that position. What would you do?’ There’s always hard decisions to be made in any business, and certainly in the business of surviving the zombie apocalypse.”

Job security is probably not an expectation for most actors. But it’s still surprising to hear Morrissey, an accomplished U.K. actor who’s probably best known in the States for “Basic Instinct 2,” praise the fact that “The Walking Dead” so often kills off its lead characters—even though he knows he could easily be next to depart the hit series.

“I love everything about this job, and I’m very proud to be associated with this show,” he says. “But the bitter pill that one has to swallow is that what gives the show its frisson is the fact that it can kill off its lead characters at any moment. We never have that ‘Star Trek’ moment where three lead characters beam down and there’s one guy you’ve never seen before and you think, ‘I don’t think he’s making it back to the Enterprise.’ ”

He laughs and adds, “There is a sense that anyone can go, and in a very odd way that gives the show its reality. I absolutely want to be in it for as long as I possibly can, but I also recognize that part of its success is the unpredictable nature of how it treats its leading characters. That’s the ticket we’ve all bought.”

So in this world of the undead and the nearly-dead, will we ever see the Governor smile again?

“Well, you might,” Morrissey allows, “but what he smiles at might surprise you.” He laughs and says, “Keep watching. It’s about where his humor starts to take him. What he gets joy out of is quite interesting.”