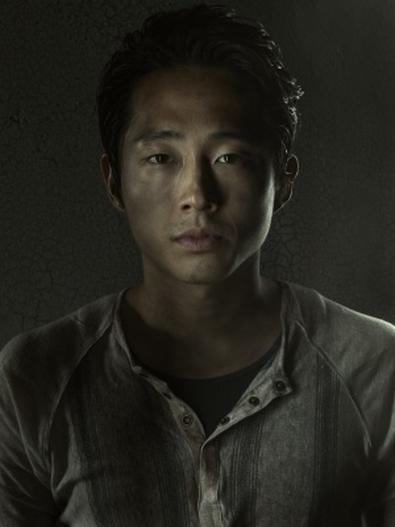 Within months of moving from Chicago to L.A. to pursue his acting dreams, Steven Yeun was running from brain-eating zombies on the AMC series “The Walking Dead.” But the newbie was understandably nervous when he started preparing for his first major television role.

“When I moved to L.A. and I booked ‘Walking Dead,’ all I could think about was how not to screw it up,” he says. So during the initial wardrobe fitting prior to shooting the show’s first season, Yeun kept it to himself when his outfit reminded him of a certain Asian sidekick from another iconic action franchise.

But years earlier, Yeun had turned down a theater gig because he thought he would be contributing to similar negative stereotypes if he took the role.

“For my first audition ever, in Chicago, the producers of this little show asked me to do an ’80s monologue,” he recalls, “so I came in with Ferris Bueller’s opening monologue. They said, ‘That was good, but can you do an Asian accent?’ ” That’s when Yeun realized they just wanted to see his version of stereotypical “Sixteen Candles” scene stealer Long Duk Dong. “After that, they wanted to book me and I just refused,” Yeun says.

Not that he advises others to turn down jobs. Yeun says he understands why actors often end up in projects they’re not proud of.

“All the power to anybody that takes work, because getting work in this business is hard as hell,” he says. “So you get work and you take it. There’s nothing wrong with that. But for me, I just couldn’t do it. I knew I couldn’t do a good job because I just didn’t believe in it.”

Like his onscreen alter ego, Yeun was born in Korea and moved to Michigan with his family at an early age. Yeun says he feels especially fortunate today to be playing a well-rounded character like Glenn—thankful not just for a prominent role in a hit show but also for the opportunity to portray an Asian-American character who is not defined by his race, ancestry, or accent.

Watch Glenn grow and evolve as he tries to keep himself and his cohorts one step ahead of the zombie apocalypse in the third season of “The Walking Dead,” which premieres Oct. 14 on AMC.