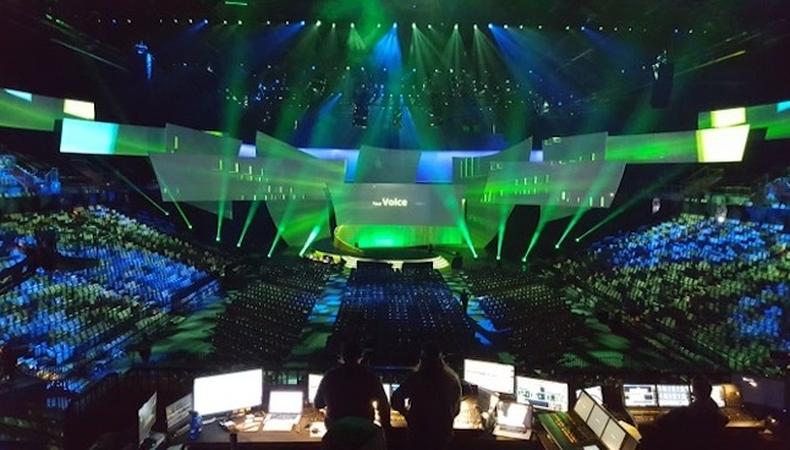 As a successful Broadway and West End Producer, I often have the opportunity to speak with students and adults interested in producing or general managing. Most want to know where to get the best training or most experience. And their main interest, of course, is Broadway.

As an alumnus of Joseph Papp’s The New York Shakespeare Festival (now, The Public Theatre), followed by ten years as vice president and general manager of theatrical production of Radio City Music Hall, I am fortunate to have experienced production from many points of view: stage, television, concerts, and special events. All different, and yet altogether linked.

But there is one segment of the industry that’s rarely discussed, even though it should be: corporate meetings and events. In years past, these shows were called “industrials” and conjured up an image of silly creative concepts with dancing fruit or other products that needed promotion.

Today, the world of corporate production is nothing like that. It is vast, wide, and having produced such shows for nearly twenty years, I can say that they offer an incredible opportunity for creative freedom and technological experimentation.

These are no small productions. We all know that Broadway shows today can cost as much as $15 million or more but one of the last corporate projects I produced at the Mandalay Arena in Las Vegas for an audience of 6,000 had the same production budget.

Today’s corporate shows aren’t necessarily product-driven or geared to old-fashioned, in-your-face marketing. Instead, they must tell a story. Sometimes dramatic, sometimes inspirational, often powerful, but most definitely theatrical from start to finish. Not unlike in theater, the audience must be taken on a journey through an engaging story told in a unique way, fully supported by environmental technology and powerful special effects.

READ: Being a Broadway Producer Isn’t as Scary as You Think

What I so enjoy about corporate production is that the producer is not only in charge of the entire creative concept and show operation, but he or she is also responsible for all of the duties normally delegated to a general management firm on Broadway: preparing show and operational budgeting, production scheduling, union and other labor negotiations, vendor negotiations, permits, payrolls and payments, etc. Any Broadway producer worth his or her salt must know and understand these important skills in order to be successful. When such responsibilities are left up to third parties with little to no oversight, producers—and their investors—could certainly see trouble.

In addition to mastering such invaluable skills, corporate production offers an opportunity to work and collaborate with a team of stellar designers and technicians of your choosing who all have the specific skills needed to get your event up and running. Scenic designers, lighting designers, projection designers and operators, special effect designers, graphic design and development, musical composers, writers, and any live elements too (talent, etc.) all working together to quickly and efficiently make it all happen.

Corporate events are usually one performance only. No endless workshops, no preview period, just tech, rehearsals, and go. It is a finely tuned operation with no opportunity for error.

The buzz word of late seems to be “experiential entertainment” but the irony is that corporate producers have had their hands in “experiential entertainment” for years, and have no doubt been key on experimenting with various technologies and environmental designs early on. Corporations have been pushing the envelope for years with technological and design innovation, cleverly wanting to be seen at the forefront of tomorrow. Every time a corporate event is created it must be new, original, forward-thinking, fresh, unique, and it must definitely take the audience off guard.

Having the ability to balance my career between Broadway, the West End, and corporate production has given me incredible insight into the best of all worlds. It has also given me the opportunity to understand that producing on Broadway doesn’t necessarily need to be done a certain way simply because “that’s the way we always do it.” Nothing is cookie-cutter. There’s much to be learned.

And indeed, we learn from everything we do. So those interested in a career on Broadway might want to take a look at corporate production before moving to a very crowded Times Square.

*This post was originally published on Jan. 2, 2018. It has since been updated.

Steven Rivellino
With credits that span the worlds of Broadway, London’s West End, broadcast television, concerts, and corporate and special events, Steven Rivellino is one of the most successful executive producers and theatrical general managers in the entertainment industry.
END_OF_DOCUMENT_TOKEN_TO_BE_REPLACED