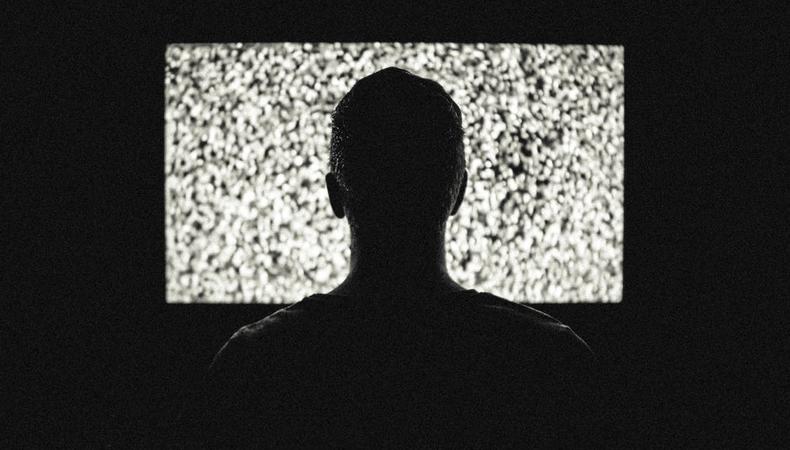 Nominations for the 2018 Emmy Awards are just around the corner, and it could be heightening your desire to get a television acting gig. In many ways, acting for TV is the same as acting in all other mediums—and in many ways, it’s not. Here’s what you need to know to become a king or queen of the small screen, according to Backstage Experts.

TV moves as fast as everyone says it does.
“In the theater, we have weeks to prepare a scene or a character. Television operates at lightening speed. So you need to have this all figured out before you get to the audition room. As soon as you get your sides, make yourself as familiar with the material and characters as possible. You want to give the performance of your life and you can’t do that if you’re looking down for your cue or unsure about what or why you are speaking.

“If possible, try to work with an acting coach or someone close to you, just to get the words out of your mouth once before the actual audition. It will cut down on your nerves and make you a little more confident about the material. Remember, the person who books the gig is always the one that was prepared and knocked it out of the park!” —Carla Renata, blogging/branding expert and Backstage Expert

Specificity is key.
“Ask yourself how you can tell the story more clearly and if there is perhaps a small prop that will help you. This is a directing note I learned from Seth Barrish of the Barrow Group. If you’re a cop, maybe you’re drinking a cup of coffee, if you’re a FBI agent, maybe you’re checking your phone for classified information, or perhaps you’re about to light a cigarette as a hit man, depending if it is network or not. (There’s no smoking on ABC, CBS and NBC.) Always ask the director if you can use it, but on every set that I have ever been on, when I have asked, they have never told me no and have appreciated that I was trying to contribute. If it is subtle and helps add to the story, they will mostly likely say yes.” —Douglas Taurel, actor-producer and Backstage Expert

Don’t expect coddling from the director.
“A TV director is busy. Every department on set needs her time and input, she’s desperately trying to satisfy the creative vision of the writers and creative producers while not losing her own, and she’s one temperamental lead actor away from not being asked back to direct another show. She’s up earlier than you and going to bed later than you, trying to finish the day before the whole set goes into overtime. And she’s always aware that lurking around every corner is a potential creative or technical snafu waiting to throw the set into disarray. So, if after your scene or after a couple takes she doesn’t redirect you or tell you that you did a great job, don’t sweat it. Rest assured that if you weren’t giving her what she needed, she would tell you. In a professional setting, personal validation is not a reasonable expectation. They expect that you’re going to know your lines, have a clear point of view, be ready to go, and deliver. When you do, they move on. If you get a chatty director who wants to work with you, great. If not, it’s not an indictment of your work. She’s just busy.” —Risa Bramon Garcia, director, casting director, co-owner of the BGB Studio, and Backstage Expert, and Steve Braun, L.A.-based acting coach, actor, co-owner of the BGB studio, and Backstage Expert

Don’t veer from your audition.
“Do what you did in the callback. You were hired because of what you did at the audition for the director and producers. Don’t change anything! As Harold Guskin said, “Don’t make a meal out of a snack.” Don’t suddenly give your character a weird backstory about their creepy doll collection when your line is “More water, sir?” The director has too much to worry about during filming to be concerned with your character’s motivation and why you are suddenly changing your line delivery. Time is money, and when the producers and show runners need to get through so many pages of material each day, every delay counts.” —Matt Newton, acting coach and Backstage Expert

The more you know about the show, the better.
“The most important thing you should suss out is knowing what you’re dealing with in terms of the style and tone of the project. If you’re auditioning for a hospital show, for example, there are obvious differences between ‘Grey’s Anatomy,’ ‘Scrubs,’ ‘ER,’ and ‘Code Black,’ which means you’re going to interpret each one differently.

“‘Grey’s Anatomy’” deals with high stakes, life or death scenarios like unusual or unrecognizable medical conditions that often parallels the real life drama of the characters lives. Episodes are often punctuated with characters dealing with their flaws and own vulnerabilities as we see their personal dramas enfold. Amidst all this, there is humor and quirkiness. ‘ER,’ on the other hand, is a straight, heightened drama that doesn’t have the same lightness.

“Before any audition, it’s crucial to figure out how your character fits the theme and tone of the show. Watch episodes if possible, read as much of the script as you can—really be sure you note the particulars like music, the rhythm of the writing, and the world a show is set in.” —Michelle Danner, acting coach, film director, artistic director at the Edgemar Center for the Arts, and Backstage Expert

Stick to the script—closely.
“Do you know why it’s particularly important to be word-perfect when auditioning for TV shows? Because television is a writer’s medium. From Aaron Sorkin to Shonda Rhimes to Vince Gilligan, the writing on TV these days is second to none and it seems like it’s only going to keep getting better. We are entering a new golden age of television.

“Look at the TV shows you love, and the executive producer and creator is also most likely the show’s head writer. In episodic television, the writers are the engines who drive the show; everyone else is along for the ride. To extend this poor metaphor, while bucket seats and windshield wipers are vital, without the engine, the car goes nowhere. Television writers plan the season, oversee hiring directors and actors, and are intimately involved with making every episode. The show is their baby, their creation. Their child was born of words on a page and most great writers slave over every syllable. They make choices with language the way painters choose color: deliberately. Can you imagine auditioning for Shakespeare and saying, ‘To be, or...die?’ You wouldn’t get cast.” —Rob Adler, on-set coach, actor, director, teacher, and founder of AdlerImprov Studio in Hollywood

Your scene may change; be flexible.
“Once you’ve booked the role, you are usually sent the script. Don’t be surprised if you show up to set and there are changes to your scene. Be sure to read your scene once you have arrived on set to avoid any miscommunication with director, writer, etc. Next, proceed to bring the same performance to set that you did in the callback. We don’t want you to work on the performance or make changes until the director has an opportunity to see you perform with the other actors in the environment of the scene.” —Melonie “Mel” Mack, acting coach and Backstage Expert

Casey Mink
Casey Mink is the senior staff writer at Backstage. When she's not writing about television, film, or theater, she is definitely somewhere watching it.
END_OF_DOCUMENT_TOKEN_TO_BE_REPLACED