WATCH: Chloë Grace Moretz’s 14-Minute Audition for ‘Let Me In’ 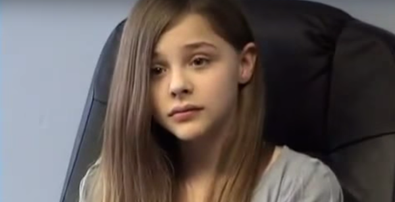 The nuances of Chloë Grace Moretz’s performance as Abby, a young vampire stuck in a small town, are apparent in this lengthy audition video for “Let Me In,” a horror thriller written and directed by “Felicity” creator Matt Reeves, who also directed “Dawn of the Planet of the Apes.”

Starring opposite young actor and on-screen friend Kodi Smit-McPhee (“Slow West”), and Richard Jenkins as her guardian, Moretz is convincing as the introverted adolescent who is careful about who she lets in. Watch her below!

Briana Rodriguez
Briana is the Editor-in-Chief at Backstage. She oversees editorial operations and covers all things film and television. She's interested in stories about the creative process as experienced by women, people of color, and other marginalized communities. You can find her on Twitter @brirodriguez and on Instagram @thebrianarodriguez
END_OF_DOCUMENT_TOKEN_TO_BE_REPLACED