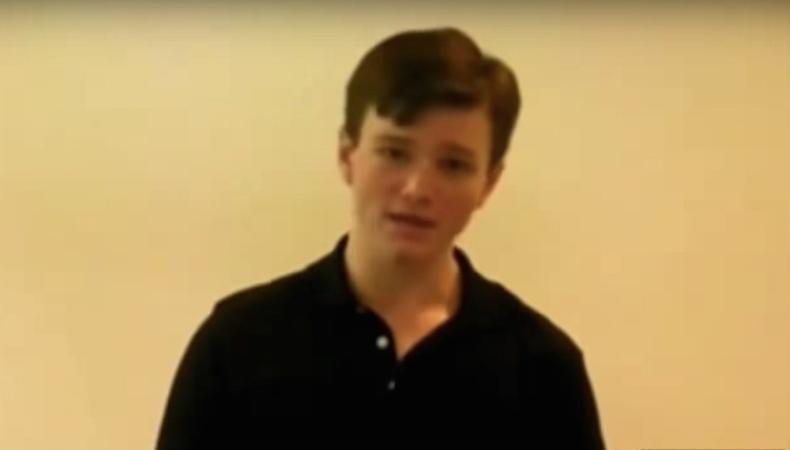 Although the audition tape below is short, it serves as a reminder that in an audition, individuality trumps all.

When Chris Colfer auditioned for Fox’s musical series “Glee,” show creator Ryan Murphy was impressed enough to write up a character all his own. Colfer had come in for the part of Artie, a role that eventually went to Kevin McHale, but after reading with the showrunners and singing “Mr. Cellophane” from the musical “Chicago,” Murphy knew he had to do something to capitalize on the actor’s distinct charm. In addition to showing off his astonishing countertenor voice—Colfer hit a high G later in the series’ run—the video below captures something quintessential to “Glee” as a comedy about embracing your quirks and talent.

Kurt, Murphy’s creation for Colfer, would go on to be a fan favorite during “Glee’s” six seasons, as well as one of TV’s only openly gay high school-aged characters. Colfer deservedly earned two Emmy nominations and a Golden Globe award for his consistently touching work. Check out the video of his singing and don’t forget: Bring what makes you special into the audition room! It might be exactly what a project needs.

Jack Smart
Jack Smart is the awards editor at Backstage, where he covers all things Emmy, SAG, Oscar, and Tony Awards. He also produces and hosts Backstage’s awards podcast “In the Envelope” and has interviewed some of the biggest stars of stage and screen.
END_OF_DOCUMENT_TOKEN_TO_BE_REPLACED