WATCH: David Bowie in 6 of Our Favorite Roles 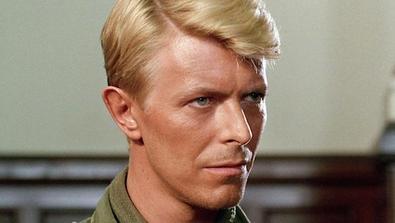 Two days after his 69th birthday and the release of his final album, “Blackstar,” the shape-shifting David Bowie died after an 18-month battle with cancer, leaving behind a legacy that spans mediums, countries, and generations.

Aside from the tracks that catapulted him to rock ‘n’ roll stardom, including “Let’s Dance” and “Space Oddity,” Bowie had carved a place from himself on the stage and the screen as well.

He played the Elephant Man in multiple cities including New York and made his 1979 Broadway debut in the role.

He inspired other actors including Michael Fassbender who says he looked to the pop icon for inspiration while playing his character, David, in Ridley Scott’s 2012 film, “Prometheus.” The singer-songwriter also enlisted the likes of Tilda Swinton for his music video, “The Stars (Are Out Tonight),” a wink to the public’s idea that they looked to be “from the same planet.” The resemblance between the two even inspired a Tumblr page.

Recently, the artist had returned to the theater with his Off-Broadway musical “Lazarus,” a sequel to his 1976 role in “The Man Who Fell to Earth” that focused on the same character 30 years after the film takes place.

To celebrate the theatricality he brought both this music and his acting, here are six film and television performances from the icon that we love. Rest in Stardust, Ziggy.

“Labyrinth”
Bowie starred as Jareth the Goblin King and composed the music for the 1986 classic, which also featured a young pre-Oscar-winning Jennifer Connelly as a young teen trying to rescue her baby brother. The film’s visual effects were nominated for a BAFTA award.

Watch him strut with his goblin friends in one of the film’s songs, “Magic Dance,” below.

“The Man Who Fell to Earth”
Isn’t it fitting that Bowie’s first feature-length film role saw him playing an extraterrestrial visitor to Earth? Forever the self-proclaimed outsider, Bowie nailed the portrayal of Thomas Jerome Newton in this 1976 with a mix of ethereal androgyny and calculated reservation fitting of an alien lifeform.

“Extras”
Bowie’s appearance as himself on this Ricky Gervais–starring TV show proves the multi-hyphenate was as adept at comedy as he was at drama. He riffed off Gervais’ confession about being forced by the BBC to do “lowest common denominator comedy” and improvised a song that includes the lyrics “Pathetic little fat man/ No one’s bloody laughing/ The clown that no one laughs at/ They all just wish he’d die.” It’s a taste of his own medicine for the outspoken comedian whose antics at this year’s Golden Globes ruffled the feathers of Mel Gibson, Ben Affleck, and Bill Cosby, to name a few.

“The Prestige”
Depending on who you ask and how you look at it, Bowie’s genius, simplicity artistic, rivaled that of one his onscreen characters, the 20th century engineer and scientist, Nikola Tesla. Directed by Christopher Nolan, the Oscar-nominated film about competing magicians trying to out-do each other stars Christian Bale, Hugh Jackman, Scarlett Johansson, Rebecca Hall, and Michael Caine. In the scene below, Bowie communicates Tesla’s hard-earned wisdom with a steely demeanor that speaks volumes.

“Merry Christmas, Mr. Lawrence”
As a British POW in Japan, Bowie’s Maj. Jack “Strafer” Celliers is as defiant as he is astute in capturing the drama that is born of the relationship between prisoners and captors during World War II. Watch the trailer for the 1983 film below.

Briana Rodriguez
Briana is the Editor-in-Chief at Backstage. She oversees editorial operations and covers all things film and television. She's interested in stories about the creative process as experienced by women, people of color, and other marginalized communities. You can find her on Twitter @brirodriguez and on Instagram @thebrianarodriguez
END_OF_DOCUMENT_TOKEN_TO_BE_REPLACED