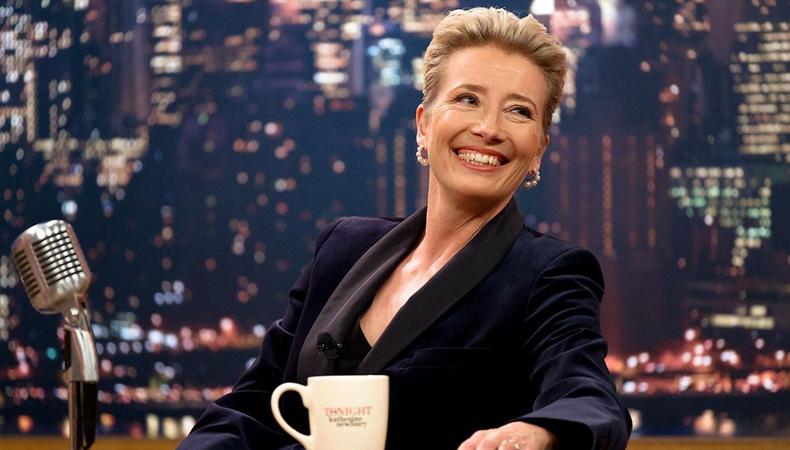 Late night talk show programming has long been the domain of a certain style of comedy—ruled namely by white, usually older, and always male comedians. Thanks to a script from Mindy Kaling and direction from Nisha Ganatra, the upcoming feature “Late Night” lets us imagine a world where a high-powered television personality is a woman. As a delicious added bonus, that woman is Emma Thompson.

As Katherine Newbury, the head of late-night program “Tonight with Katherine Newbury” seeking to revamp her show and image with the help of new writer Molly (played by Kaling), Thompson plays equal parts imperious and charming. It would be an unmissable pair of performances even if it hadn’t been purchased by Amazon Studios at this year’s Sundance Film Festival for a hefty sum. See “Late Night” in theaters June 7, and in the meantime, check out the new trailer below.

Jack Smart
Jack Smart is the awards editor at Backstage, where he covers all things Emmy, SAG, Oscar, and Tony Awards. He also produces and hosts Backstage’s awards podcast “In the Envelope” and has interviewed some of the biggest stars of stage and screen.
END_OF_DOCUMENT_TOKEN_TO_BE_REPLACED