WATCH: 1 Hour of Acting Advice From the Masterful Michael Caine 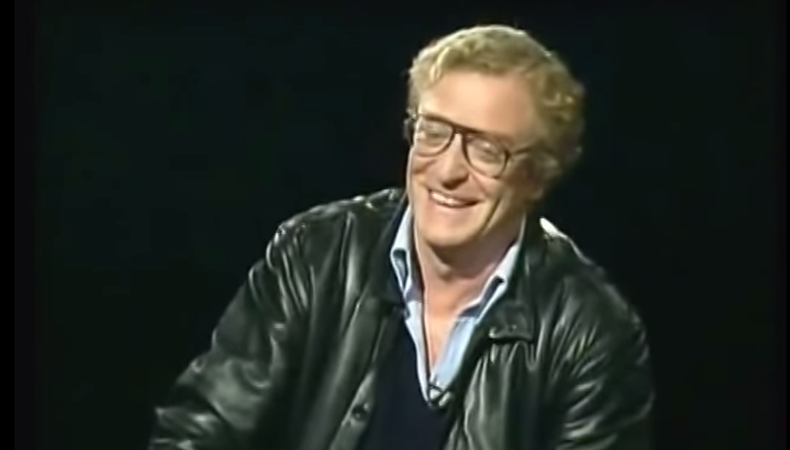 Michael Caine has been a film actor for over half a century, and in that time, he’s picked up a few tricks. In this hour-long BBC special, the then 53-year-old British legend takes a group of aspiring actors through a masterclass on modulating one’s performance to best serve the medium of film. His exercises and informal Q&A sessions are at times practical and precise, at others candid and wry. The whole video is well worth a watch, and Backstage has put together some of its highlights.

In the opening minutes, Caine drills in the importance of staying aware of one’s eyes in a screen performance, even if the subtleties are infinitesimal. He stresses that one should focus on just one eye when looking a costar eye-to-eye, and that blinking while speaking inherently weakens your performance.

He follows with what he calls his greatest piece of advice to anyone wanting to act in movies: listen and react, because film acting is all about listening. He learned this from a theater producer who once told him, “Sit there and listen. Think of these extraordinary things to say, and then decide not to say them.”
At the 11-minute mark, Caine lights up a cigarette and shows an actor how to preserve continuity when performing physical actions between master and close-up takes. “If you’re going to do action and movement, plan it absolutely perfectly so you do it exactly the same over and over again. You can change your performance, but you cannot change the action.”

At 14:56, Caine encourages young actors to steal from the best: “Always cheat as much as you can. Always steal, but only steal from the best people,” he says, referencing Brando, Streep, and DeNiro. “What you are seeing them do, they stole, but you can’t see who they stole it from because they made it [their own].”

At 17:35, they run a scene from “Alfie” in which the titular character addresses the camera, and Caine delineates how this setup differs from a stage monologue addressing an audience. He tells the young actor stepping into Caine’s iconic role, “You did that as though you were talking to an audience. [The camera] is one person, there’s only one person....Relax a bit; you’re just talking to your best mate. You like him, he likes you, and he’s ready to listen to everything you’ve got to say.”

At 27:05 Caine offers a sobering reality-check on the ineffability of star quality to an aspirant actor in the audience: “You cannot judge by looking at someone, ‘Oh, she’ll be great on-screen.’ Nobody knows what it is, but until you see the person on-screen and they start to do their work, you don’t know. Something happens to some fortunate people that everyone wants to look at them.”

He pivots at 28:40 to sympathize with the grind of being a bit-part working actor, conceding after an amusing anecdote that, “The hardest thing to do is to be a one-day actor [in a film].”

After two more exercises centered on staging scenes from “Deathtrap” and “Educating Rita” and then calibrating the performances for film, Caine wraps up the hour by reemphasizing one of his guiding themes: the camera is your friend, it loves you, and it is there to catch you if you fall. “Movie acting is relaxation,” he says. “It’s easy. If you’re knocking yourself out, you’re doing it wrong.” For more, watch the full video below!

Ready to try out your new skills? Check out our film audition listings!