WATCH: The New Trailer for Disney’s ‘The Jungle Book’ 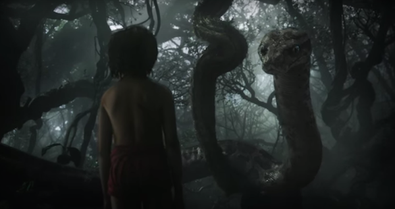 It’s a sinister world Mowgli and Baloo the bear are living in, if the new trailer from Disney is anything to go by.

Featuring a star-studded cast, which includes Bill Murray, Idris Elba, Scarlett Johansson, Christopher Walken, Ben Kingsley, Lupita Nyong’o, and Giancarlo Esposito (“Breaking Bad”), “The Jungle Book” gets a live-action remake reminiscent of the grand CGI and motion capture scale seen on films such as “Dawn of the Planet of the Apes.”

Directed by actor Jon Favreau, and based on the books by English author Rudyard Kipling, viewers can venture into the jungle come April 2016.

Briana Rodriguez
Briana is the Editor-in-Chief at Backstage. She oversees editorial operations and covers all things film and television. She's interested in stories about the creative process as experienced by women, people of color, and other marginalized communities. You can find her on Twitter @brirodriguez and on Instagram @thebrianarodriguez
END_OF_DOCUMENT_TOKEN_TO_BE_REPLACED