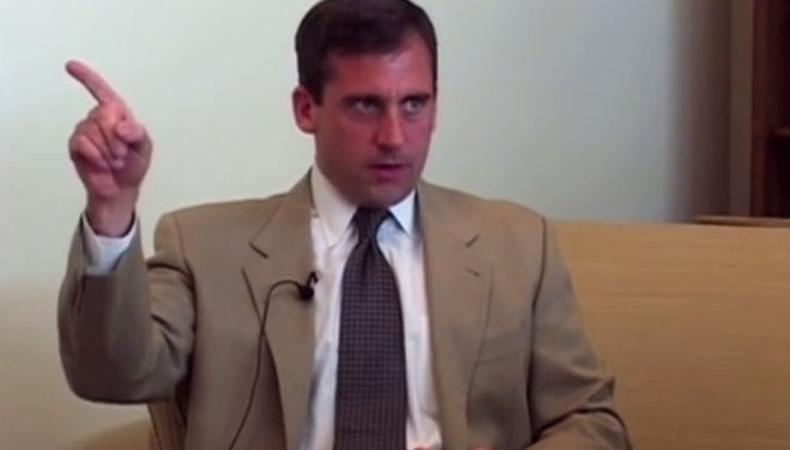 Before those iconic lines of the cinema were Steve Carell’s, the actor had to fight for the part of Brick Tamland, the astonishingly dim-witted weatherman in the 2004 comedy classic “Anchorman.” Although it’s hard to imagine the part was not always his, the video below makes it clear his audition was typical in many ways—namely that he was asked to read a particular side again.

As you can see, the future star of “The Office” doesn’t bat an eye rereading the part, putting a more confidently outrageous spin on Brick’s consumption of, as he puts it, “one of those delicious falafel hot dogs with cinnamon and bacon on top.” Carell then lets loose a deranged laugh, spiraling into what may be a fully improvised riff that has everyone in the room in stitches. You can tell he’s listening intently to his scene partner, and sticking to his perception of the character, but by the end of the tape he’s swinging for the fences.

Jack Smart
Jack Smart is the awards editor at Backstage, where he covers all things Emmy, SAG, Oscar, and Tony Awards. He also produces and hosts Backstage’s awards podcast “In the Envelope” and has interviewed some of the biggest stars of stage and screen.
END_OF_DOCUMENT_TOKEN_TO_BE_REPLACED