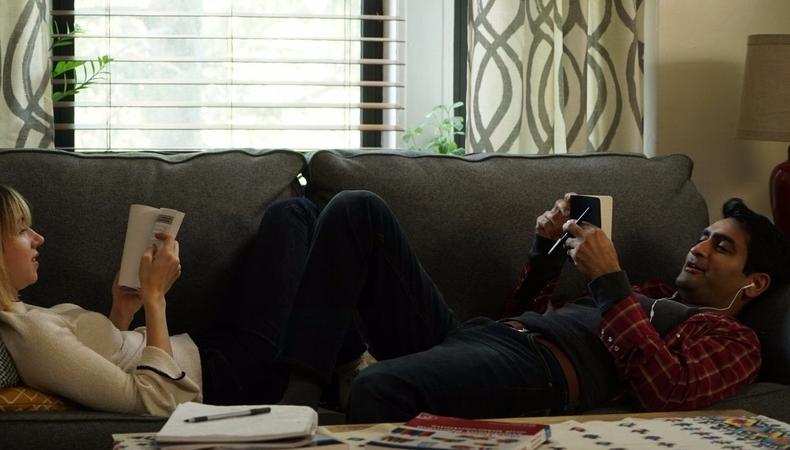 Kumail Nanjiani is best-known for his portrayal of the acerbic Dinesh on HBO’s tech-savvy comedy “Silicon Valley.” But his starring role in the forthcoming feature “The Big Sick,” which he also co-wrote with his wife Emily Gordon, is poised to propel him to big-screen acclaim.

One of the breakouts at this year’s Sundance Film Festival, and snapped up for distribution by awards contenders Amazon Studios and Lionsgate, the Judd Apatow-produced project subverts expectations of your average rom-com. Based on the real-life romance of Nanjiani, who is Pakistani, and Gordon, the film quickly takes a turn for the unexpected when on-screen Emily (Zoe Kazan) is plagued by an unidentifiable illness. Forced to navigate both the wishes of his own parents, as well as the disapproval from Emily’s (Ray Romano and Holly Hunter), the project is already generating buzz as this summer’s must-see film.

With a heavy-hitting cast helmed by director Michael Showalter (“Wet Hot American Summer”), the flick is one to watch when it premieres June 23. Watch the trailer below to get a taste for the poignant comedy yourself.

Inspired to book your own on-screen gig? Check out Backstage’s film audition listings!

Casey Mink
Casey Mink is the senior staff writer at Backstage. When she's not writing about television, film, or theater, she is definitely somewhere watching it.
END_OF_DOCUMENT_TOKEN_TO_BE_REPLACED