1 Way to Get Your Career Back on Track 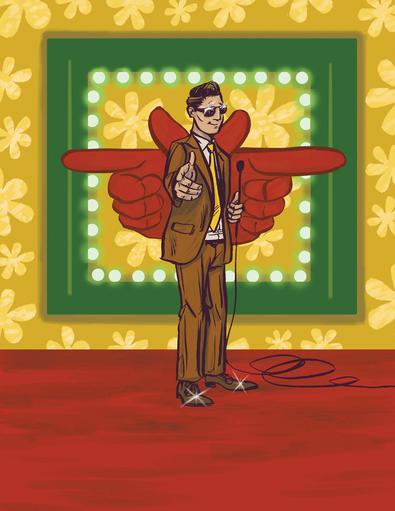 When I was a kid growing up in the suburbs just outside of Chicago, I scored some impressive grades from my fifth-grade teacher and as a reward, my dad bought me the coolest bike in the world. It was cherry red with black trim, and the tires had cool-looking shock absorbers. I was the king of the world that day.

About a week later, I was zooming around my neighborhood, pretending to be an X-wing pilot, when I lost control of the bike and crashed into a tree. When my dad asked what happened, I told him the truth. I said the bike hit a tree. And then he explained that the bike didn’t hit anything—I was the one who hit the tree.

And with one clear sentence, my old man taught me the nature of blame.

Years later, I was working at my first agency and things weren’t going well. I couldn’t book a thing. And it was always someone else’s fault. Competing with the large companies was too hard. My clients were never prepared. The owner didn’t like me. I was such a victim.

Then I remembered my dad’s lesson and everything turned around. I took responsibility for my failures. This gave me the clarity to approach my goals from a different direction and that was all she wrote. I never looked back.

This is a lesson every actor needs to learn. If you want to hear the blame fly, just eavesdrop on a group of performers who are talking about the business. “My agent sucks. He never gets me out.” “I gave the casting director a brilliant read but she wasn’t even paying attention.” “What’s the point of trying? All the good parts go to names.”

Whew. That’s a lot of blame. Allow me to throw some reality on all that finger-pointing.

There are several possible reasons the agent isn’t getting his client out. Maybe the actor hasn’t provided him with the right pictures or links to his best footage. (I get sick of asking for them.) Or maybe the actor hasn’t given his agent a chance to really know him. (Some actors vanish after I sign them and they become names on my list, nothing more.) It’s also possible the agent has lost interest, so instead of whining, the actor should take charge and make a change. (Despite my best efforts, not every actor I sign works out.)

As for the casting director not paying attention, I would argue there’s a different way of looking at this. Think about it. She’s heard the material all day. She knows what she’s looking for. And she has a hundred things on her mind. So the casting director can usually figure out pretty quickly if an actor is getting a callback or if the audition isn’t going well.

That leaves us with the guy who believes all the good parts are going to stars. How delusional. I guarantee his competition isn’t anyone famous. Those people are up for leads and there are plenty of other roles to go around.

The bottom line is that you can waste your life blaming others for your failures or you can take responsibility and get your career back on track.

The choice, as always, is yours.