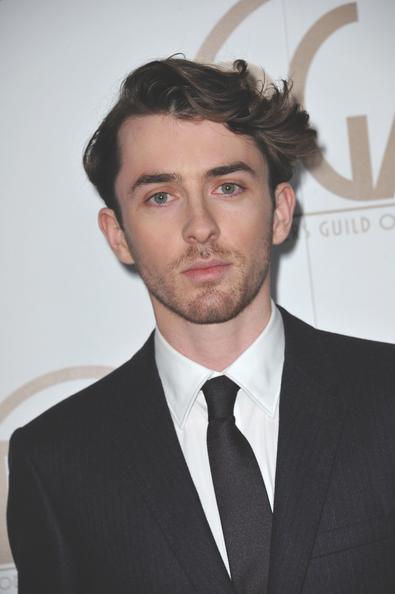 The English actor best known for his turns in “The Imitation Game” and “An Education” has just moved to New York with the London-to-Broadway transfer of David Hare’s “Skylight,” which co-stars Carey Mulligan and Billy Nighy and opens April 2. He tells Backstage about transitioning from screen to stage, copying Nighy, and the ratio of rejections to booked jobs.

On breaking into London theater.
“I’d always really wanted to do some theater; I’ve done TV and film for quite a while. I went to university to study English literature. While you can move filming dates around a bit, a play you can’t really move around. So it was out of the question while I was at university because I couldn’t get down to London. Then I got out of university and to be honest, couldn’t really get an audition for a play. Understandably, people didn’t want to risk their wonderful texts and directors and all that on someone who might potentially wet themselves and cry and run offstage because of stage fright or something. I kept hoping someone would take that risk.”

On being cast in “Skylight.”
“I met [director] Stephen Daldry at something completely unrelated a few years ago, for the film ‘The Reader’ that he did. [My audition] didn’t work out but he did that thing of, you know, ‘One day we’ll do something together.’ And you think, Yeah, whatever. Years later I was saying to him, ‘I can’t get an audition for a play because no one will see me.’ And he said, ‘I’m preparing a play right now! It’s only a small part, but if you’re interested come to the audition.’ I read ‘Skylight’ and loved it and just really wanted to be a part of the project. So I auditioned for him a couple times and [got the part]. I told him I’ve not done a play before and just to warn you, this might be a terrible decision you’re making and you might regret this a lot. But he said, ‘Shut up.’ ”

On Edward, his character.
“Edward is in his gap year; he’s just finished his A-levels at school, and is working out what he wants to be and do with his life. He turns up at Carey Mulligan’s character’s flat, and she’s surprised to see him because they haven’t seen each other for a quite a few years after she just disappeared one day. She was a big part of their family life and then she vanished without explanation. My character was young when she was visiting the house, and grew up with her as a kind of surrogate sister, mother, family member. So I want answers. I hound her with questions and am very hurt by what I’ve perceived she’s done. And there’s a great scene at the end I won’t spoil. My character makes a reappearance toward the end of the play.”

On working with Bill Nighy.
“I’m lucky enough to be playing Bill Nighy’s son. Stephen was very keen that we have some shared body language, and we worked on that. That really helped because it not only gave the characters some interesting shared qualities, [but it] helped me pick up some stage technique as well, copying the way he moves and speaks.... There’s some great bits in the play where he does an impression of me; he quotes Edward and gets his revenge because he does a very insulting impersonation of me. So it works both ways.”

On stage versus screen.
“Obviously I had to work on making sure what I was thinking and feeling was communicated to the back of the theater, whereas when you’re on camera, anything that passes your mind is exposed to the lens; you have to do so little to communicate. So I had to learn to get that a bit farther than a lens, to get it to the back of the theater—which meant doing some basic work on voice and how to move. Very simple things to make your ribs go a little bit wider to get a bit more air out when you talk. When you break these things that seem like mystical, new-age acting techniques, they’re very practical. Naturally everyone there—Carey, Bill, Stephen, and [playwright] David Hare as well—has all done lots of film, so they all knew where my mind was and were able to predict my worries before I had them.”

On his audition philosophy.
“I was quite lucky that I was a child actor. I was so used to the ratio that to me, it didn’t seem unusual to go to 40 auditions and get one. That was just part of the process. If you’re coming to it older, and you’re used to rejection really meaning ‘We don’t want you,’ you translate that as not just part of the process. When you’re a kid it’s often about really ridiculous things, because you’re often playing the child of an adult. The reason you got rejected can be as simple as, ‘The mum they cast has blond hair so that’s not going to work, bye.’ So you move on to the next one. I don’t know any actor at all, even the really great ones I’ve been lucky to meet, who haven’t gone through endless auditions and rejections before they got some kind of a break.

“I keep myself busy with other things. It’s a mistake to sit at home by the phone all day and wait for things to happen to you magically. It maybe works for one person every now and then but that’s not the right attitude. You have to work on yourself as a human. It’s difficult; I’m not saying it’s a simple thing, and I struggle like everyone else. You want to give yourself as many sides as a human so that when you’re asked to call upon them in audition rooms you have some experience you can access. But also, what else are you going to do? Sit at home and do nothing?”

Jack Smart
Jack Smart is the awards editor at Backstage, where he covers all things Emmy, SAG, Oscar, and Tony Awards. He also produces and hosts Backstage’s awards podcast “In the Envelope” and has interviewed some of the biggest stars of stage and screen.
END_OF_DOCUMENT_TOKEN_TO_BE_REPLACED