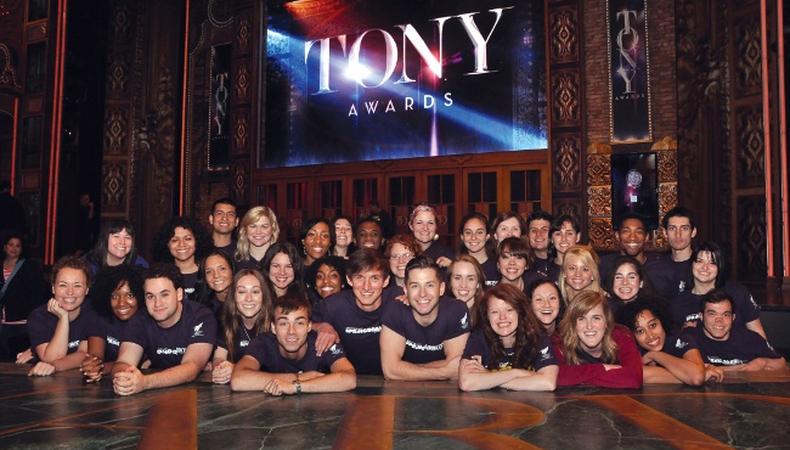 The American Theatre Wing may be best known for shining a spotlight on the best in theater with the Antoinette Perry (Tony) Awards, but through a variety of grants and educational programs, it’s keeping the future of American theater bright as well. For almost 100 years, ATW has given promising actors and theater artists resources and connections to excel in an ever-changing field.

SpringboardNYC, a two-week boot camp for college graduates and soon-to-be graduates, was created to ease the often tricky transition between an academic environment and the nitty-gritty of professional theater. Since 2002, the 13-day program has been led by some of New York’s most accomplished thespians on- and offstage and has become a great way for potential New York theater artists to dive right into the scene.

Program highlights include a trip to Broadway and Off-Broadway theaters almost every night, as well as meet-and-greets with the likes of Raúl Esparza, Jason Robert Brown, Kelli O’Hara, LaTanya Richardson Jackson, and Neil Patrick Harris. Participants have the option of choosing between a general performance or musical theater focus. Either way, an emphasis on audition preparation has students on their feet daily, learning to combine their craft with practical know-how in the Big Apple.

According to Springboard’s website, “By the end of the program, you will know if the city is the right place for you to call home. During these two weeks you’ll decipher the city, meet the working artists that form the New York theater community, and learn skills that will give you an advantage over the many others making their journey here.”

This year’s program runs from June 1–12. Online applications must include a personal statement, teacher recommendation, and video audition of two contrasting monologues or songs, and must be received by March 8. A limited number of scholarships from the Michael Stewart Foundation are available for students demonstrating financial need. Springboard alumni have gone on to do national tours of Broadway shows and as of 2013, 95 percent of Springboard alumni are still active in the industry.

Additional incentive comes from the program’s timing around awards season. Last year ATW invited its 36 students to attend the morning dress rehearsal of the Tony Awards, and during the ceremony itself, participants rubbed shoulders with the best in the biz in the coveted position of seat fillers. If you dream of your name in lights or the possibility of sitting next to Liza Minnelli at the Tony Awards, visit americantheatrewing.org for more information.

Jack Smart
Jack Smart is the awards editor at Backstage, where he covers all things Emmy, SAG, Oscar, and Tony Awards. He also produces and hosts Backstage’s awards podcast “In the Envelope” and has interviewed some of the biggest stars of stage and screen.
END_OF_DOCUMENT_TOKEN_TO_BE_REPLACED