Everything to Know About Primary Stages Einhorn School of Performing Arts 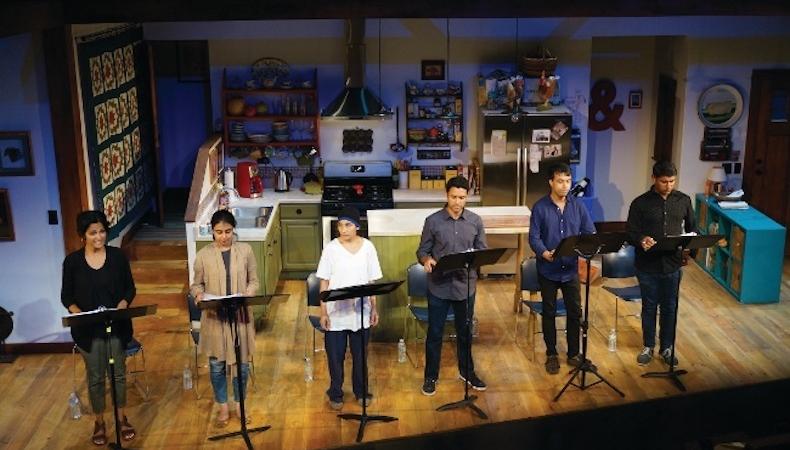 With an emphasis on networking and encouraging creativity among artists in all stages of their careers, the Primary Stages Einhorn School of Performing Arts offers actors something difficult to find at other NYC schools: a home.

Tessa LaNeve, director of ESPA and new arts programming, would rather artists consider themselves members of a tight-knit community than theater academics. “This isn’t a place where you take a certain number of classes and then you get a piece of paper that says you’re an actor or writer or director,” she said. “That’s bullshit.”

Instead, students of instructors such as Randy Graff, Neil LaBute, and Leigh Silverman receive an education in collaborating with the best in the business. For actor Sara Minerd, the opportunities are endless.

“The people they bring in are amazing and well-connected and it’s up to you to work those connections,” she said of the unpretentious faculty. “Your teachers can become your mentors and your friends, and they should…. I mean, Jessica Hecht writes my recommendations.”

Whether you’re looking to bond with industry professionals, potential collaborators, or new friends, at ESPA it’s all the same thing. As LaNeve said, “You have to get it through your mind that there is no hierarchy in the theater. Everybody is one degree from everybody else. If you want to work with somebody, realize that you’re one degree away and learn how to network and learn how to be a player in the community.”

As an Off-Broadway theater company (which recently premiered Theresa Rebeck’s “Poor Behavior”), Primary Stages has the resources to help forge those bonds among artists through all phases of their work. This August marked the fifth annual ESPA Drills Reading Series, a development program that guides emerging playwrights through the process of workshopping, casting, and presenting a new play. This year’s finalists—Rachael Jenison, Lindsay Joelle, Kat Ramsburg, and Nat Cassidy—gave public readings before an audience of industry peers on the company’s main stage at the Duke on 42nd Street.

How can uninitiated actors get involved? According to LaNeve, once you enroll in your first class—acting, writing, or directing—you’re officially a contributing member of the Primary Stages family. “Drills is not only about the playwright gaining that experience of what it takes to produce a play outside the classroom,” said LaNeve, “but also about everyone involved recognizing the importance of community and collaboration in the play development process.”

Lasting artistic relationships abound in an environment that supports coming and going, splintering off into independent collaborations and returning to the welcoming idyll of ESPA’s studios. “It’s a place where we want you to leave,” said LaNeve. “We want you to drop out because you got that gig. We want you, if nothing else, to gain confidence and happiness. And then always know that you can call me and say, ‘Oh my God, I miss home.’ ”

Jack Smart
Jack Smart is the awards editor at Backstage, where he covers all things Emmy, SAG, Oscar, and Tony Awards. He also produces and hosts Backstage’s awards podcast “In the Envelope” and has interviewed some of the biggest stars of stage and screen.
END_OF_DOCUMENT_TOKEN_TO_BE_REPLACED