1 Way Women Can Help Other Women Break into Filmmaking 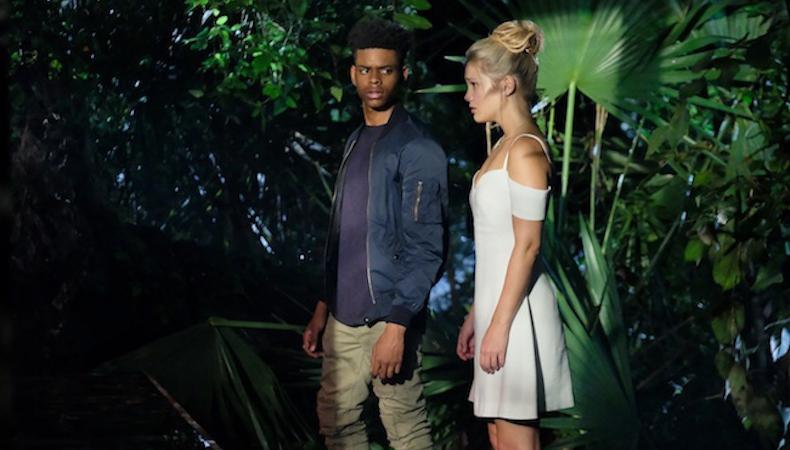 It’s no secret that women are vastly underrepresented when it comes to below-the-line roles in television and film. Tami Reiker, director of photography on Freeform’s new Marvel series “Cloak and Dagger,” sees a solution to that in women hiring and working for other women. Here, she also reveals how she supports actors during emotionally intense scenes.

What is the role of the director of photography?
The director of photography does all the lighting and framing and is basically the team leader on set, bringing it all together: grips, lighting, camera assistants, on-set directors, prop people, anything that’s visually in the frame. And then it’s working together with the director to choreograph the shots, moves, what pieces of equipment we’re going to use. It’s a team.

READ: The Dos and Don’ts of Moving in the Film Frame

How closely does the DP work with the actors?
We become very close because, for example, a lot of what [director] Gina Prince-Bythewood and I have done on ‘Cloak and Dagger,’ it’s all handheld and I’m operating [the camera]. So I’m really in that moment with them, [through] the whole choreography. A lot of times there are very intimate scenes and I’m, like, a foot from them. And when you’re doing it, it is very scary—you feel for the actors. [Sometimes they] miss their mark by just a little bit, but you know as a DP you are there to accommodate that. They’re the ones throwing everything out there.

Do you appreciate when actors want to collaborate with you?
Oh, yes, absolutely. A lot of times, what I will do is explain the shot to them because you realize sometimes maybe they don’t even know what you’re trying to get. Sometimes I’ll say, “As you lean over, I’m going to lean over, too, so I can get your hand.” And they’re like, “Oh, OK.” I remember working with Kate Capshaw on “The Love Letter.” She was turning to kick something, and I was like, “Kate, turn the shoulders, not just the neck.” She was like, “Oh, my God, thank you!” When you turn the neck you get all those wrinkles.

In that sense, is the DP in some ways like a director?
No, because you’re never commenting on performance, it’s just things that are enhancing the performance. I’m just there to help them, to make them look good. As a cinematographer, if I see something—because I’ve operated all the movies that I’ve shot and TV pilots—you are feet from the actors. So there are times nowadays, everyone watches the monitor, that I might lean back and say [to the director], “I think maybe she looks like she’s gonna cry,” or something very subtle that maybe the director can’t see on the monitor, and they’re always really appreciative.

How did you get into this line of work?
I always had a passion for field photography, and then I went to NYU film school and thought maybe I wanted to be a director. But I just loved shooting everyone’s student films, and so I just kept doing that. I worked for a little while as a camera assistant in New York City but kept shooting a lot of grad films. It was just doing that for a while: assisting and shooting student films and then I just [eventually] started shooting.

Stylistically, ‘Cloak and Dagger’ is very unique. What specific challenges did you encounter while shooting?
One of the biggest challenges is that it’s Marvel, and so you want the visual effects to live up to the Marvel name but you don’t have nearly as much money as you would have on a Marvel movie. We also found out Disney’s rule that [children] age 6 cannot be in more than waist-deep water, ever. So that was another of our biggest challenges: figuring out the whole car accident scene in the pilot, keeping it handheld and very real and claustrophobic in the car, while the actors cannot be in more than waist-deep water. That’s what I’m most proud of in the pilot.

Do you have any advice for those looking to get into cinematography, particularly women?
These days, it’s so accessible to shoot your own things on your iPhone. It’s gotten so much cheaper. Before, when it was on film, it was very expensive. You had to buy the film and editing tools. Now you just need a computer. Definitely just keep offering to work for free. [For women specifically,] again, working for free and working for other women. So many women helped me, hired me. Women hire women. It’s kind of a great thing, and it’s the time to get in there.

Casey Mink
Casey Mink is the senior staff writer at Backstage. When she's not writing about television, film, or theater, she is definitely somewhere watching it.
END_OF_DOCUMENT_TOKEN_TO_BE_REPLACED