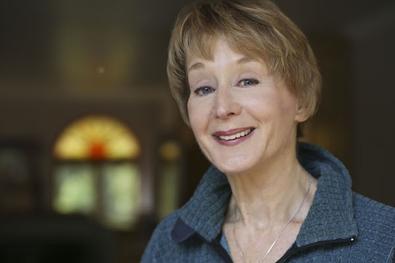 Even with accomplished actors, and especially for rookies, auditions can create anxiety and make them insecure, making their work not as good as it can be—especially in commercial auditions, because actors have less time to prepare, less to do, and the process moves quickly, so bad habits and nervous reactions can really be apparent. From my experience as an actor, teacher, and casting director, as well as from conversations I have had with other CDs, here is what I believe are the seven most common preparation and presentation issues that make actors look insecure and can prevent them doing their best audition.

1. Not asking questions that would give clarity. When unsure about anything after reading the directions (that are usually posted or explained) and before starting the audition prep, you should politely ask whoever has the necessary information for answers. Don’t be hesitant. Getting this info usually helps to improve auditions, which benefits everyone involved.

2. Talking too fast, loud, or soft in the audition. This is usually nerves, habit, or both, but you don’t want to think about these things when auditioning, which can put you in your head and take your focus off of your work.

This should really be worked on so it doesn’t make you look insecure and/or undermine the power of their audition. I suggest that at home, record yourself and check to see if you are talking too fast, loud, or soft. If so, work on it with a teacher or on your own and create a new habit of speaking that empowers your auditions.

3. Refusing to look at the cue cards when necessary. Often actors believe that they will do better if the material is memorized, but they often underestimate how nerves and additional direction from the session runner or CD affect the confidence they had during preparation when their were no distractions. Don’t hesitate to quickly glance at the cue card when needed so you won’t disturb the flow of your read. No one is going to penalize you. Know that most experienced actors use them when needed.

4. Not connecting on the slate. The slate is when decision-makers often decide to not watch the actor’s audition. It could be because the actor is not the right physical type for their job or because in those few seconds they see negativity, insecurity, or someone who is not relatable. For a great training video on how to do your best slate, watch my training video.

5. Making negative comments on yourself or the material. No matter how you think you did, never criticize out loud in case it is recorded or at a callback. You don’t want the decision-makers to think of you negatively.

6. Stopping if you make a mistake. This can cause frustration and upset for those recording the audition because they will have do some equipment adjustments which takes time. Or worse, if it is not erased, then the decision-makers see the actor’s unprofessional behavior. Actors hardly ever walk away from auditions—especially for commercials—without making mistakes (or feeling they could’ve have done better). Don’t be thrown by mistakes. Learn to have fun with them and then they might help you book jobs. Professional improv training can help.

7. Not really hearing the direction. Oftentimes actors miss some of what is being said because they’re being directed or are planning out how to do a part. This could come across as unprofessional or may look like they “don’t take direction.” Make sure you’re aware of what the decision-makers around you are saying.

Being aware of these audition issues and diligently working to improve them should help you look and be more confident and do better auditions.