3 Ways to Become Your Character 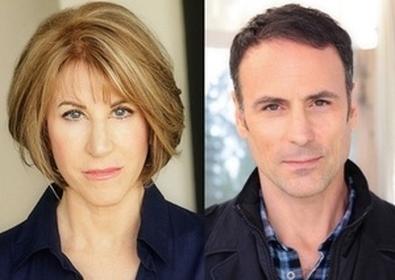 Regardless of the role, an actor always must fully use themselves, body and soul. But when playing a character physically and temperamentally different from you, the way you use your body and that soul requires some tweaking. It’s all well and good to employ your intuition and “simply play pretend,” but it’s nice to know how to get started creating the part technically if your intuition is scarce.

1. Adjustments. It may be that the character relates to the events as either more or less strange and significant than the way you would. If you’re a soldier in war or a member of organized crime, having your best friend shot dead is no less significant, but it’s less strange. If you are playing a psychopath, then it’s also less significant. To make an adjustment such as this ,you can use a particularization—an “as if.” For instance, to play a neat-freak character reacting to someone failing to use a coaster, you might substitute how you would feel if they put an open urine sample on the table.

2. Additions. This is that huge array of considerations you must take into account for how your character might differ from you in their movement, speech, and the functioning of their faculties. These issues ought to be thought of as something you must put on and accommodate the way you would a tricky pair of shoes or an awkward pair of pants. Additions include accents and impediments, intoxicating substances, disabilities, wounds, and how the character carries themselves.

These character additions should be rehearsed until they are habituated and made as unconscious as possible. Some will require willful execution during the scenes, as when you have to choreograph a seizure or a sneeze or demonstrate your character’s adept ability to reload a gun or refill a cocktail. A key element to the masterful performance of many additions is giving the impression your character is attempting to resist the effects of a condition, as with the classic admonition, “Try to not act drunk.”

3. Actions. An action is made up of the objective and method used for getting that objective, and a deliberate approach to both these things may be part of your character work. It’s possible a character wants something you would never want (to cure a disease, to dominate women, drink blood, etc.), and here the particularization is to substitute the way your character wants something for how you might want something. The scientist you’re playing may want to cure an entire disease the way you would want to find a lost child.

The character may do things in a way you personally might never do them in life—(for example, act berserk or vicious)—or they exhibit a behavior you would never in this context (confront a young child the way you would an adversarial business associate).

To rehearse these kinds of actions, we recommend an actor do what we call a “mirror activity." A mirror activity is when you invent a parallel scenario for yourself and practice getting a substitute objective by using the character’s methodology. It should be done in such a way that, to someone watching who didn’t understand your language, it would seem identical to what you want to be seen doing in the scene.

All of these ways for playing a character can blend, of course. Your character walks the way they do because of the special way they feel about the world and what they want from it. And all technique is really, for the most part, best thought of as an appeal to one’s talent so you can, ultimately, be released to get to simply playing pretend.

Character work is dangerous, though. You must believe every character you portray is someone you have to live up to, no matter how wretched they appear to others. No commenting on the character, no winking at the audience. Dare that people will come away thinking you yourself are just like that character!

Joanne Baron
Joanne Baron is an actor, producer, and the artistic director of the Joanne Baron/D.W. Brown Studio in Santa Monica, Calif.
END_OF_DOCUMENT_TOKEN_TO_BE_REPLACED

D.W. Brown
D.W. Brown is an actor, writer, director, and studio co-owner and head teacher of the Baron Brown Studio in Santa Monica, California. Brown is also the author of the acclaimed acting guide “You Can Act” and a second book, “2500 Years of Wisdom: Sayings of the Great Masters.”
END_OF_DOCUMENT_TOKEN_TO_BE_REPLACED