4 Ways to Blow an Acting Opportunity 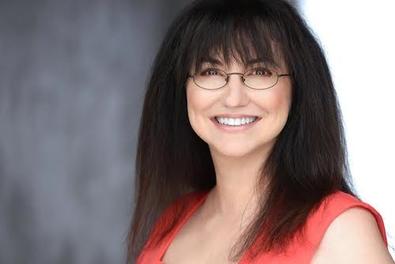 Actors work so hard at their craft, taking classes, getting great pictures, keeping their casting profiles current and up to date. The saddest thing for us as representatives is to have a client come this close to a booking and then have them blow it afterwards.

Here are four ways to ruin a gig after you’ve already gotten the audition.

1. Completely change your look after an audition or callback. We had this particular colossal blunder happen twice this pilot season. Once was for with an actor who went to a callback with a full beard (the role was Young Jesus) and then arrived to the booking completely clean-shaven, without informing us or anyone in production of what he did. He was sent home and the role recast, and we had a production company very angry at us. The second incident happened when we had a young boy who was first choice for a TV show audition with hair and then show up to the callback with a shaved head. Buh-bye booking. Please consult with your agent/manager before you make any changes to your appearance.

2. Make your own schedule. This is so ridiculous it will sound made up, but really and truly happened. I had parents show up to a chemistry read for their child one day and three hours early. They were coming from another state and thought it would be better to arrive early. I can understand that part, but they went to the studio and asked for everyone that the child would be reading with be brought in right then and there to accommodate them. Can you guess how that story turned out? If you said without a booking, you are correct. Never arrive late and please don’t arrive more than 15 minutes early.

3. Act like you don’t actually want the job. Several years ago, one of our 5-year-old little boy clients was lucky enough to have a screen test on a major network pilot. His family was sent a car to drive them to the airport in NYC, a car at the airport in Los Angeles to take them to the hotel, and another car to the studio. Upon walking into the studio and seeing another little boy there, his mom loudly exclaimed, “Oh thank God, there’s someone else here! We really don’t want to move to Los Angeles to do this series!” The studio had the car come back and they were sent on their way back to the airport without our client having ever gotten into the room. Telling you that the network was furious with the family, the agent, and us would be an understatement. If you have any doubts about having to relocate for a series, please talk it over with your reps.

These sound like anomalies that could never happen, but they do happen far too often than. I’m sure other managers and agents have their own lists of horror stories about clients figuratively shooting themselves in the proverbial feet after giving kick-butt auditions. Don’t be the guy that adds to that repertoire of stories.