3 Ways to Deal With Performance Anxiety 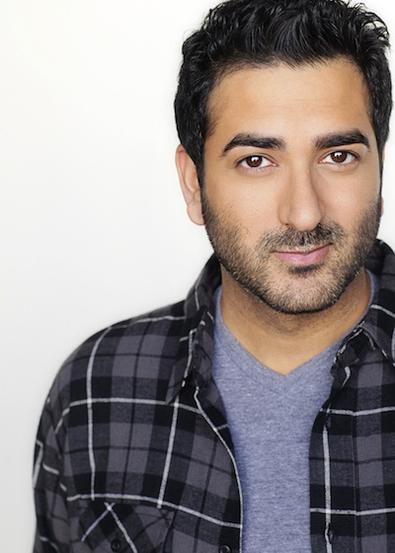 I think of performance anxiety as an ongoing fear or unease relating to the audition or performance process, whereas I think of nervousness as the more immediate experience right before performance.

When we get nervous before and in an audition, it feels like we’re not in control of our mind and body. We can’t think straight. It’s the effect of the body’s way of dealing with a perceived threat. The acting opportunity has triggered our fight or flight response. Intellectually, we know we’re not in any physical danger, but many of us have, unfortunately and inadvisably, tied our hopes, dreams, self-worth, identity, reputation, the promises we made to ourselves, and the expectations of others to the outcome of an audition.

The emotional danger we’ve put ourselves in can be very real and emotional damage can often be worse than physical. Your body knows how to heal wounds, but do you know how to heal your own heart? Just look up the effects of cortisol on the body, one of the hormones released by the body in response to stress. It can affect vision, memory, and a bunch of others bodily functions you probably want in working order when acting….

If you’re struggling to keep your nerves in check during auditions, here are three tips to help curb them:

1. Competence makes you confident. The biggest factor contributing to most actors’ stress and anxiety that leads to nervousness, understandably, is that they don’t know what they are doing. Acting is a skill that takes time and dedication to master. And you need to be at least somewhat masterful to book network TV shows and studio feature films on a consistent basis.

Training and becoming skilled makes you competent, which in turn makes you confident, effortlessly. Any activity that requires practice is initially daunting, but once you become so experienced and skilled in it, the very idea of becoming nervous becomes absurd.

2. Amateurs practice until they get it right. Professionals practice until they can’t get it wrong. Let’s say that you are skilled and experienced. Now it comes down to your acting process—how you prepare your work ahead of the audition. Many actors have no clear process at all, or have weird or incomplete ones that they learned from well-meaning but clueless teachers that unfortunately taught them bad habits.

One of these fallacies is the idea of being “over-rehearsed.” Of course you can over-work material in a day. Depending on how many pages you’ve been given, 2–4 hours is usually enough time to fully prepare. But too many actors have been scared away from giving material the amount of rehearsal that is essential for consistently high-quality work for fear of it being, so called, “over-rehearsed.”

Many actors confuse solid prep and rehearsal with “over-working” their material. It’s also easy to rationalize laziness and poor work ethic by claiming to not want to over-work the material. Regardless, if you under-prepare because you’re afraid of over-working the scene, there’s a good chance you’re going to feel unsure of your ability to deliver in the room.

For more on this topic, check out my three-part series, “12 Steps to Consistently Brilliant Performances.”

I refer to this whole category as “getting your head on straight.” I can’t tell you how many actors are so mentally messed up due to a lack of understanding about how things actually work—the audition process, the “business” of the acting industry, representation, casting, production, training, etc.

But what about the art? If you’re putting more time into the business of acting than the art, then you’re kind of a businessperson first, not an artist. The industry is actually more interested in great artists. We have reps and managers to handle the business end of things.

When I used to book bands and singer-songwriters in the Midwest a dozen years ago, I would constantly be auditioning new artists who wanted to join my roster. I noticed that the ones with the media kits, fully-produced CDs, and slickest packaging were usually the worst artists. It was as if they thought that appearances were more important than the quality of their art, or that they were trying to compensate for it. I can tell you that I only took on great artists even if they had crappy materials. The materials I could help them with, the art I could not.

In closing, I can’t promise that you’ll never be nervous, but I can tell you that if you address the underlying reasons why you see the industry as a threat, and instead put the necessary pieces in place to support a joyful, worthwhile artistic journey, you’ll drastically reduce the fear and anxiety that leads to feeling nervous.

At that point, feeling nervous will be a dull background sensation, like feeling a little too warm or chilly, but have no impact on your ability to deliver when it counts.

…Except for those rare occasions when it makes you mess up because we’re people and not robots, for Pete’s sake.