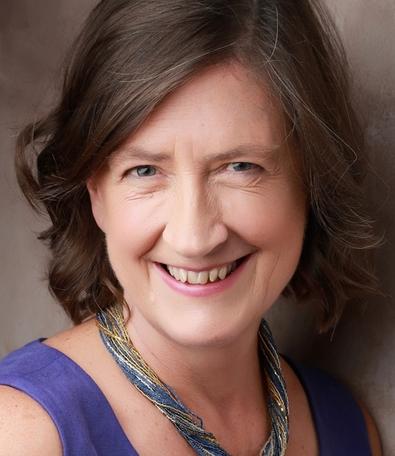 The award-winning Blue Apple is celebrating 10 years of work with performers who have learning disabilities, and with performances on stage at Shakespeare’s Globe by five members of their touring company, four of whom have Down syndrome. Its founder, Jane Jessop discusses the need for mainstream theater to catch up, and shares a few tips on how we might empower actors with learning disabilities to take on meaningful roles.

Believe also that there is an audience for their work, and a hunger for work where every performer is equally valued.

1. Raise that ceiling of expectation. Seriously, it’s time to avoid tokenism. At Blue Apple, my slogan was “no disabling through low expectation.” Never let people down by offering them anything less than the best or by putting in artificial ceilings of expectation. Blue Apple now has a national touring program with experienced actors who demonstrate every right to be taken seriously as professional performers.

3. Prepare to be surprised! Never did I expect 10 years ago that performers with Down syndrome and other learning disabilities would take “Hamlet” in Shakespeare’s language on tour to professional venues and build sizable audiences in places where no one had ever heard of us. In their hands, “Hamlet,” brought new insights and moved people to tears. We had standing ovations in every venue. Never did I dare hope that they would be performing on this iconic stage in the Globe’s Sam Wanamaker Playhouse.

4. Make sure you communicate. Give them time and your focus when needed. Make sure you have explained what you need from them clearly. Don’t use too many words, and keep your sentences simple. Don’t speak too fast. Give them short pauses to take in what you say if needed. If necessary, get them to repeat back to you what you have said. Give them time to talk to you. Create a relationship which gives them time to think what they want to say and the courage to speak to you.

Provide a copy of the script as early as possible so that they can take enough time to prepare. Check whether they need a larger typeface.

5. Support the actor to think about their character, where they are in the story, how they are feeling, and to enjoy developing their role. Many actors like to create a back story or relate a role to a character they know. Someone with a learning disability may need help thinking about this. Then, trust them to own the role, allow them to experiment, and encourage them to go deeper and further. Allow them to grow in front of you.

Practical things help, such as being very clear about call times and other practical matters. Back this up with a printed list of rehearsal calls in large print in an easy-to-read typeface such as Arial or Calibri. Then, give a copy of this to the person who supports them. In this way, the actor can take responsibility for being on time, but there is back up.

Performers with learning disabilities vary hugely in intellectual and physical ability. Several of our actors who have Down syndrome love Shakespeare’s language, and at the same time are developing complicated dance routines. Their capacity and professionalism is incredible. Some are less able, and then we have used techniques such as shadowing, echoing, and partnering on stage.

Don’t always worry about words! At Blue Apple we find dance can be a beautiful way of adding to a story. Ophelia’s dance of death was so incredibly moving that it still makes me catch my breath.

Most importantly, enjoy working with your actor. You are likely to have more fun and more reward than you ever expected.

Jane Jessop is founder of the Blue Apple Theatre Company. She has always sought to create high-quality opportunities for people with learning disabilities to discover and develop their gifts on and offstage, and to showcase their talents to the widest possible audiences.

Blue Apple has an ambitious national touring program of theater and dance, addresses medical and safeguarding issues through commissioned films, and offers theater and dance sessions to over 70 people a week who have a variety of learning disabilities. The theater company has won awards for using theater to change the way people see and understand learning disability. Visit www.blueappletheatre.com for more information.