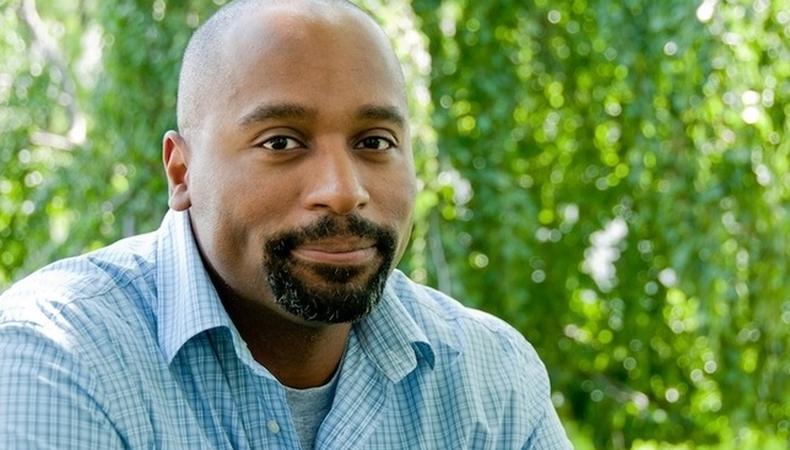 We have a romantic view of the starving or, at least, struggling artist. We celebrate the image of the person who sacrifices comfort in earnest devotion to their chosen medium: painting, poetry, and the theater. It almost seems like the less fortunate the artist, the better their craft.

The practice of theater is a spiritual endeavor. It requires faith, indefatigable commitment, and a willingness to stand up against an unrelenting tide of cynicism. Perhaps, for this reason, we envision the artist as being like a priest who gives up comfort for the greater good. The current pope and the journeyman actor just might have something in common.

A few years ago, I was reminded of our expectations of artists when I interviewed a longtime ensemble member of a major theater company. Reflecting on the company’s remarkable success—ensemble members who appear regularly on television and cinema screens—this veteran actor confessed that he felt that they no longer were producing their best work. When asked to identify the problem, he matter-of-factly replied, “TMM: Too Many Millionaires.”

It sounds weird to complain about artists who, against the odds, have acquired wealth and lasting financial security through the practice of their craft. Shouldn’t we celebrate those who have experienced success rather than cursing them?

The concern expressed by the veteran stage actor was that the acquisition of wealth can change an artist’s relationship with the theater. With money in the bank, an actor can become a theater hobbyist, a person who dabbles in the theater, rather than a working stage actor, a person who needs the work to survive (to pay the bills). There’s a downside to dabbling. With lengthy breaks between theatrical engagements, a person might lose the ability to fully inhabit characters, to act for the folks sitting in the front rows (as opposed to the camera) and, even, to memorize lines.

Before we rush to create Salem-like trials—perhaps by rounding up theater artists, strapping a weight to them for every dollar in their bank accounts, throwing them in a pool, and waiting to see if they sink or float (with the floaters being deemed true artists), let’s reconsider our adherence to the romantic image of the threadbare artist.

1. A poor artist is not a better artist. It’s time for us to stop thinking that financially struggling artists make the best art. The most skilled actors often are those with ample chances to practice their craft. People who spend little time working in the theater—because of lucrative opportunities in the film/television industries or, on the other hand, because casting directors and producers rarely hire folks with a certain complexion, gender, or physical disability—face the same challenges: limited time spent on stage. Quality emerges not from wealth (or lack thereof) but from being an active practitioner.

2. Keep making theater. Channel your inner Mamet: ABM—Always Be…Making theater. If schedule (or lack of opportunities) limit access to the professional stage, then create other options. For those with deep pockets, there is the possibility of hiring private coaches who will work within your availability. A free option is to host play readings in your own home (or at a nearby community venue) and to partner with other artists in breathing life into the words of a new or established playwright. In either scenario, work with others to make theater.

3. Avoid vanity projects. Yes, there is some truth to the TMM critique. There are too many vanity projects out there that provide ammunition for the TMM haters. Over here, there’s a 60-year-old actor playing a role intended for a person half his age. It’s also happening over there, and there, and there. Marquee names attract not only producers but also an audience. Of course, not every project that can be produced should be produced.

Let’s imagine an extreme example to make the point…Sir Ben Kingsley might not be the best person to play the title role in a revival of “Annie” even though that casting would attract a sizable audience and get reviewed in the major newspapers.

4. Respect each other’s passion for the theater. There is a powerful magic in making theater: the intense friendships created during the rehearsal process and a production run, the rush of doing a show “live,” and the ability to share a moment with a present audience. As lucrative as other gigs might be—recording voiceovers in a studio or reacting to soon-to-be digitally inserted elements against a green screen, the purity of theater keeps people coming back. Even the rare return to the stage for the alleged hobbyists can be instrumental in maintaining their ability to identity as an actor. They too might need theater to survive.

Harvey Young
Harvey Young is President of the Association for Theatre in Higher Education (ATHE) and Dean of Boston University’s College of Fine Arts.
END_OF_DOCUMENT_TOKEN_TO_BE_REPLACED